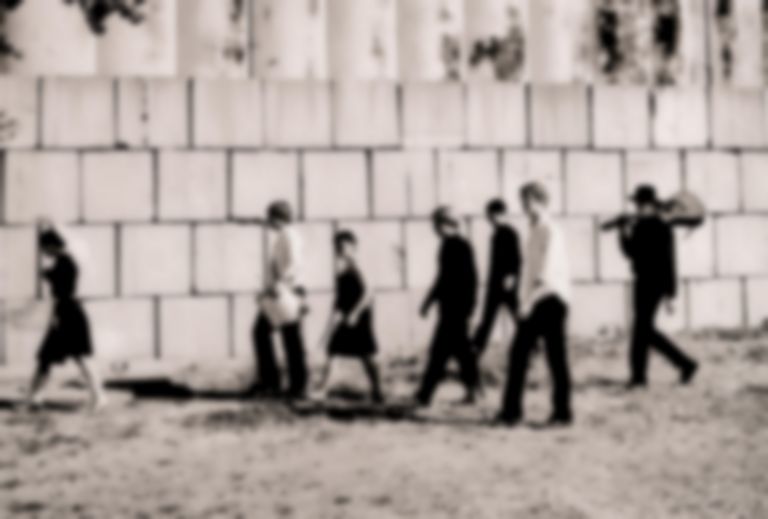 Arcade Fire have revealed that they're reissuing their debut single "Neighborhood #1 (Tunnels)" on a 7" vinyl single.

Hot on the heels of celebrating the 15th anniversary of their debut album The Funeral, Arcade Fire have announced their plans to reissue their debut single.

"Neighborhood #1 (Tunnels)" was originally released in 2004, and will be reissued on a 7" vinyl single with B-side "My Buddy".

Win Butler says of the reissue, "This 7 inch was prepared in the months leading up to the release of Funeral. The B-side is a song performed by Alvino Rey, me and Will's grandfather. This song was played at his funeral, and was part of the inspiration of naming the record Funeral. It's one of the first uses of a primitive vocoder called a Sonovox and was recorded live."

Coming to an indie store near you. Get the limited edition 7â€ť vinyl of our debut single Neighborhood #1 (Tunnels). 29.11.19 #Funeral15 pic.twitter.com/Ih7ieivjwx