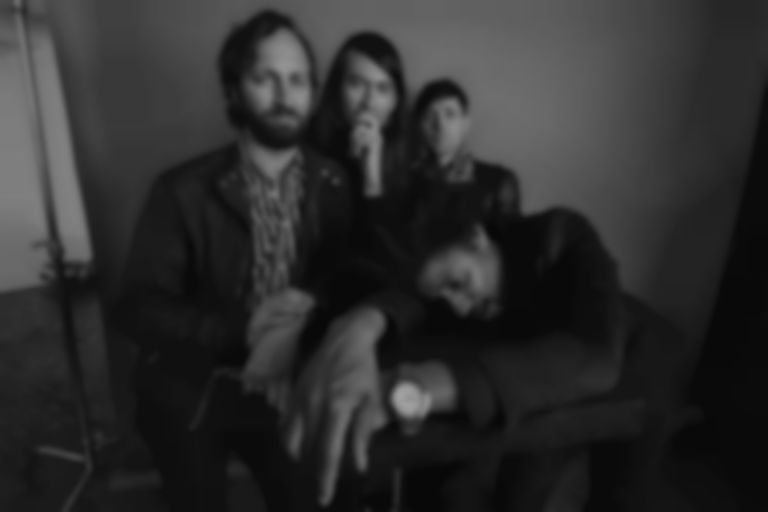 Algiers are back with their brooding new single "We Can't Be Found", lifted from their forthcoming LP There Is No Year.

"We Can't Be Found" is the third single to be shared from There Is No Year, after last year's "Void" and "Dispossession" singles.

The new track arrives with a visual directed by Ian Cone. Algiers' guitarist Lee Tesche says of the video, "I always feel the most successful music videos are the ones that are reflective and convey the mood of the song to the listener over everything else. In this instance, we collaborated with the artist Lloyd Benjamin, trying to frame some of his sculpture work in a more abstracted way, referencing the urban dystopian cityscapes found in the German expressionist films of the 1930s. The result aspires to be somewhere in between the unsettling work of Darius Khondji and the set design of The Cabinet of Dr. Caligari or Fritz Lang's Metropolis."

There Is No Year is Algiers' third LP, and will follow on from 2017's The Underside of Power.

Lead vocalist Franklin James Fisher says of their new album, "What I wanted to do is create a negative space wherein I can exist and engage but at the same time not be so exposed."

"We Can't Be Found" is out now. Algiers' There Is No Year album drops 17 January via Matador, and is available to pre-order now. They play London's Village Underground on 5 February. Find out more.