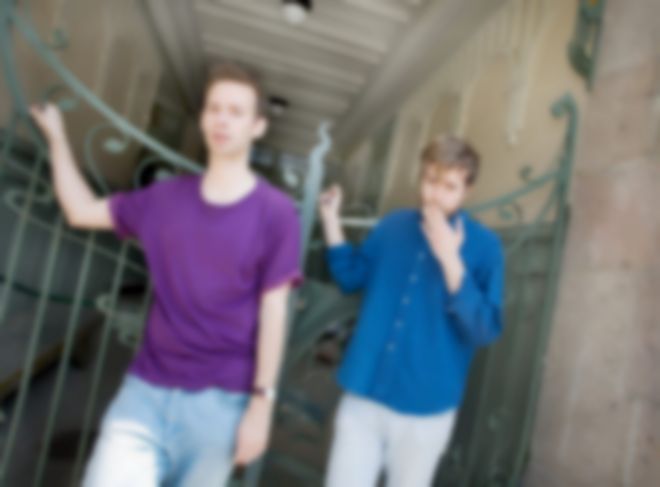 On the anniversary of their split, Swedish duo Air France and their ex-management have talked to Best Fit about the final days of the band.

Joel Karlsson – who was one half of Air France alongside Henrik Markstedt – has revealed his sadness in a retrospective of the band’s career by Best Fit’s Rich Thane, a die-hard fan and longtime friend.

“I don’t regret our decision”, Karlsson told Best Fit, “I try, however difficult it may be sometimes, to accept that life does change. But sometimes I wake up and I feel sad that we no longer exist. For me, Air France was not only a band, but more of a context in which I felt that I could be sensitive and be okay with it. In retrospect, I think that we worked so hard with part-time jobs and the music to get it all together that our inner voices started to fade way.”

Karlsson has also offered up some never before seen pictures from the band’s history, including hand-written lyrics for never-recorded tracks that offer a glimpse into the never-released debut record.

David Laurie, Air France’s ex-manager and label head, has also talked for the first time about the band’s record. “What they did managed to record was wonderful,” he explained, “They took the ideas that they had previously – and let’s not forget they were a band with a fully formed aesthetic – and added more beauty and more bass and more ambition.

“It was always easy to say if something was or wasn’t right for Air France and they set their quality control very high…. if the EPs were two beautiful lakes on a summer day, the album would have been the whole Indian Ocean with miles and miles of perfect white sand.”

Karlsson also added: “If I would make music today, I would probably hang out as little as possible indoors in a studio. I think there must be time for reading books, doing things you have never done before and socialise with people whether you like them or not. ”

Read the full article: The Sweetness of Air France.