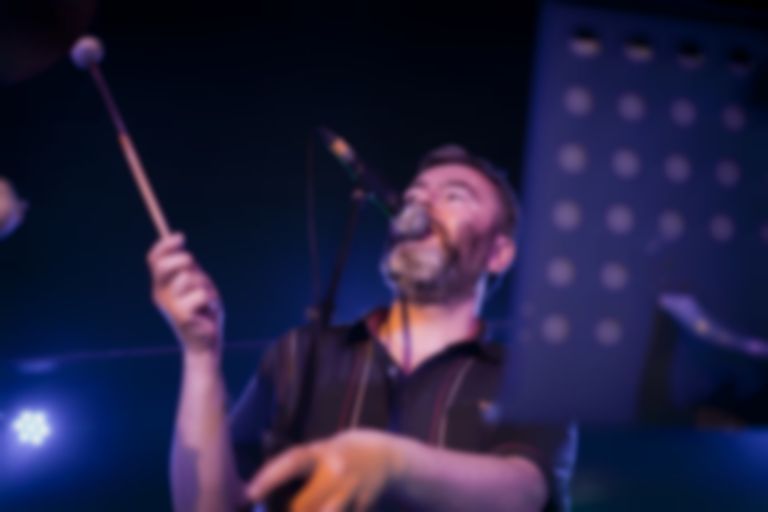 The upcoming instrumental record is led by three tracks, which have been combined into one, nine-minute recording.

Moffatt says of the upcoming record, "I’d work on it when everyone else was at home was in bed. I don't sleep very well and I'm very much a nighthawk, so the music I made was naturally nocturnal."

Of the recording process, Moffatt explains, "It’s made with samples, sound effects, keyboards, and the occasional toy. All but one of the tracks started with drums – I’d been collecting jazz drum samples and sessions for a while and I would layer a few kits on top of each other to create rhythms, then add music and samples from there."

He adds, "For me, making instrumental music is like working with your favourite tool missing, It's more of a challenge and a bit more risky. It relies more on instinct than songwriting does, or at least it does for me. It requires a bit more trust in yourself when there's no-one to bounce ideas off – in that way, these sorts of records are probably more personal than those with my voice."

The album title, Aux Pieds De La Nuit, translates to English as: "At the Feet of Night".

Explaining how he came up with the name Nyx Nótt, Moffatt says, "I originally planned to release the album anonymously and tried to think of a convincing, exotic name that suited the nocturnal themes of the album. Nyx and Nótt are two mythical goddesses of night, Nyx from the Greek and Nótt from old Norse."