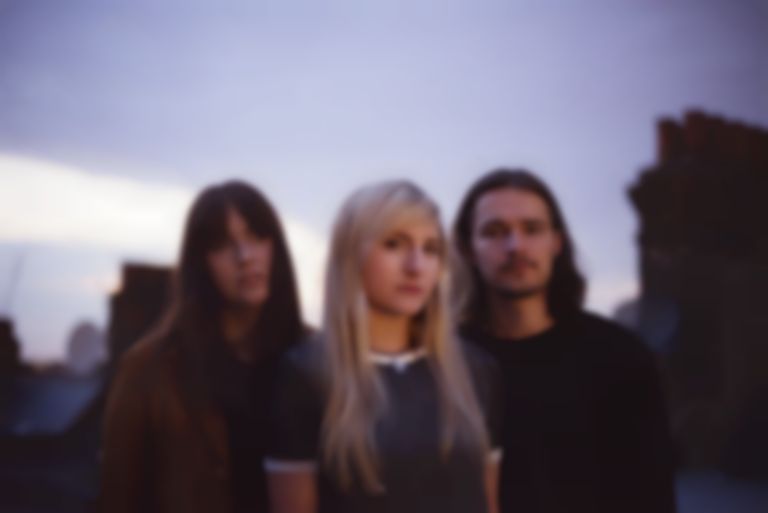 "Is there something more to you than this?" Wyldest singer Zoe Mead asks as the closing salvo of her band's powerful cut "Stalking Moon." The song is an urgent, emotional journey for listeners that begins at a dreamy amble before turning into a full sprint by its close.

With their EP Dark Matter arriving shortly, Wyldest have upped the stakes, producing a single that is lush and immersive. It's beautiful guitar melody and rich sound washes over you and soaks in deeper with every listen.

Though somewhat somber, "Stalking Moon" has a resilience that is evident as the track builds. It's gorgeously written and perfectly performed by Mead and her bandmates, Holly Mullineaux and Jack Gooderham.

Mead says of the track: "I wrote this song on acoustic guitar in 2014 and it was lonely and mellow but it isn’t a song about being lonely at all. It’s about people. Almost always there’s something interesting or dark lurking underneath every persona. It’s about hiding secrets and hunting for secrets in others."

That's a powerful statement, but one that Wyldest backs up. The central question of the song is bold and upfront, and the group impressively manage to craft a record that is both pretty and delicate.

"Stalking Moon" is an exciting step forward for a promising young outfit, and it's certainly a positive sign for the rest of Dark Matter.