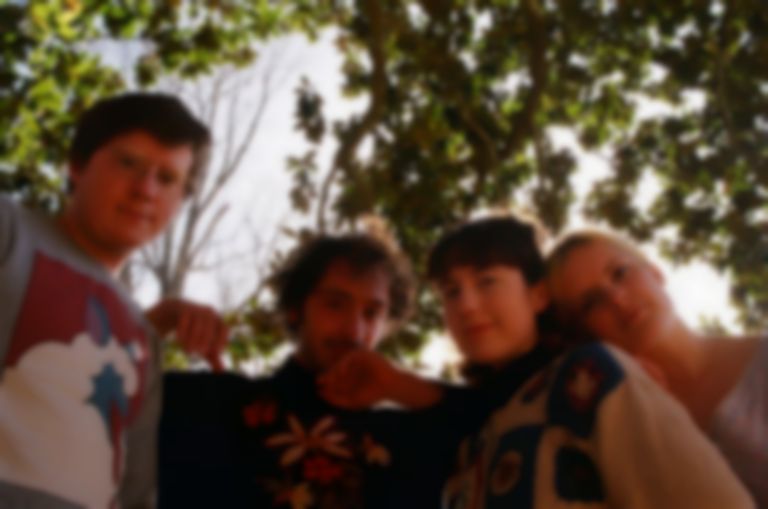 Photo by Zach Romeo
Song Of The Day

Their first full-length outing as a full band, Wednesday tease their second album I Was Trying To Describe You To Someone with new single “November”.

First emerging from a winter semester recording collaboration whilst studying at University of North Carolina Asheville, Wednesday is the brainchild of vocalist and guitarist Karly Hartzman and fellow guitarist Daniel Gorham. What began as a hobbyist endeavour quickly gained steam and within a year the pair had written and released debut album Yep, Definitely, enlisting new permanent members after an impromptu full-band gig and churning out two EPs in the time since.

Nurturing their natural chemistry during the process of creating their imminently forthcoming second album I Was Trying To Describe You To Someone, new single “November” is the first taster of what Wednesday have in store. Opening with restrained strumming and soft harmonies, the track strikes a sombre and vulnerable tone before slowly, subtly intensifying with piercing wails of feedback drenched guitars and powerfully intent drumming.

Imbued by an impish naivety, Hartzman’s arresting vocal soars as she traverses her longing. As she and guest vocalist MJ Lenderman intone towards the climax, “there’s nothing like the way you loiter in my heart”.

“November” is available 10 January. Follow Wednesday on Instagram. The new album I Was Trying To Describe You To Someone is released 7 February via Orindal Records.