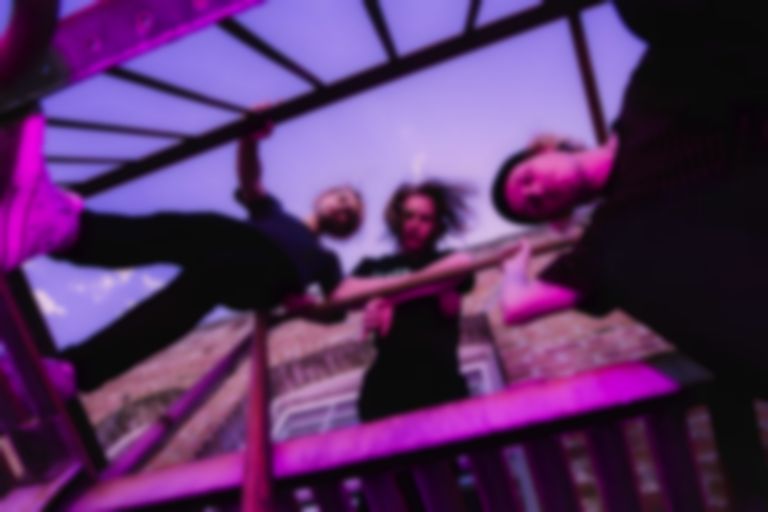 While My Bloody Valentine may receive rightful recognition as the initial driving force behind shoegaze, the amount of acts that have repurposed the genre for their own ends since MBV’s debut continues to grow.

While bands like DIIV and Cheetahs have infused it with their takes on indie, the likes of Title Fight and Nai Harvest have instead opted to utilise it in line with their post-hardcore/emo/math-rock influences. Even black metal musicians have gotten in on the act: most notably Deafheaven, adding an epic, glacial quality to their piercing screams.

First throwing their name into the hat with 2013's Teenagers, LA trio Tennis System further their own shoegaze credentials with new single “Turn”. Produced by Jack Shirley, whose CV includes his excellent work with the aforementioned Deafheaven, the track is awash with distorted guitars, distant vocals and despairingly beautiful melodies. Vocalist and guitarist Matty Taylor is wary not to overcomplicate, primarily sticking to a simple chord structure and a simple, killer chorus (“Turn me inside out”), allowing the wall of sound he and his bandmates create become denser and denser as the song develops.

Describing “Turn”, Taylor explains how it’s about “acknowledging a sense of emptiness when something that once brought you joy brings nothing but pain. It’s literally the turning point, where you realize that what you love is hurting you more than helping you. This is the first song we wrote after “P A I N”, and was a literal turning point for the band in terms of creative output, and general positivity and really kickstarted the direction/tone of Lovesick”.

Even a solo towards the track’s end is careful not to distract from the consistent slab of noise that sits at the heart of “Turn”; a modest flourish intended to emphasise the sound rather than divert attention, which, when it’s as well-executed as it is here, is a decision we can all be thankful for.

“Turn” is due for release on 10th July, and Tennis System’s forthcoming album, Lovesick, out 2nd September via Graveface Records. Find them on Facebook here.