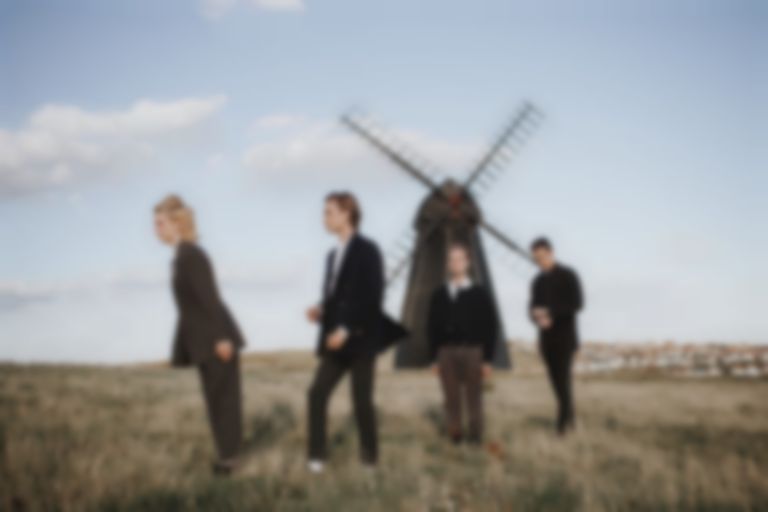 Photo by Sapphire Needham
Song Of The Day

It’s been seven months since they released their debut EP What’s On Your Mind?, but Thyla are gearing up for Phase 2 with their new single “Two Sense”.

They may have only released their debut collection earlier in 2019, but Brighton’s Thyla aren’t ones to rest on their laurels. The culmination of a two year run of singles - including “Pristine Dream”, “Tell Each Other Lies” and “I Was Biting” - that saw them experiment and hone in on their sound, What’s On Your Mind? was a rattle stop tour-de-force of pop-meets-grunge frivolity that firmly earmarked the band as ones to look out for.

Building on from their prior releases, “Two Sense” sees the foursome enlist echoing keys to accompany their already full sound, the track marriying full throttle drumming and affably aggressive guitars for an energy that is inviting as it is aggressive. The perfect addition to their live set, the latest single sees vocalist Millie Duthie sound more invigorated than ever before.

"We have always tried to honour the organic development of our band DNA. There have been times when pressures of the industry have threatened this; ‘Two Sense’ is a reaction to those pressures,” share Thyla of their new outing. “It’s about claiming your right to self-determination, standing up for your art and finding the confidence to take charge of your future. If things go the way you dream them too but what got you there wasn’t authentic then there’s nothing left to run with afterwards”.

“‘Two Sense’ is our first self-release and the first single from the new EP Everything At Once,” the band continue. “After spending the best part of this year writing and helping each other through a tough serving of personal issues, we’re really excited to be back with new music and hopefully a message that resonates".

“Two Sense” is available now. Follow Thyla on Facebook. The band head out on UK tour this October and play London's Electrowerkz on 15 Oct.