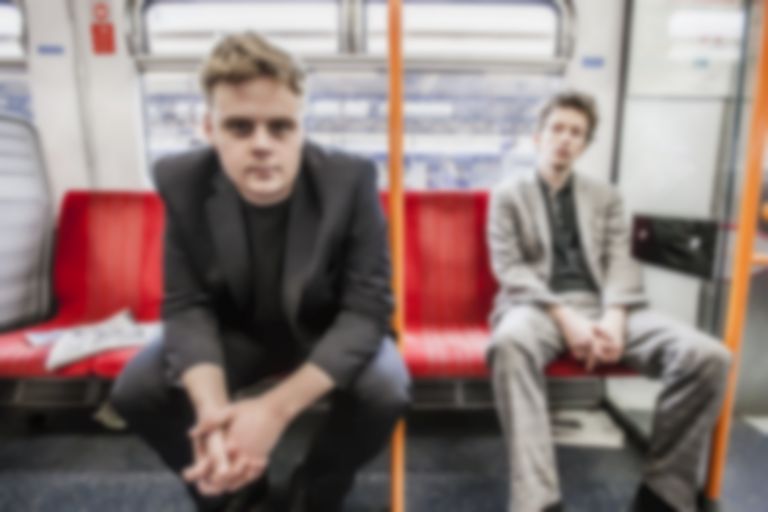 Joey and Rowan return slightly less lovelorn on “Something For The Weekend”, their first release through Moshi Moshi.

Originally a euphemistic reference used by barbers when offering condoms to customers in a show of comradery, the phrase “Something For The Weekend” has since made its way into every facet of British culture from a BBC 2 morning show to a mediocre Jamie Oliver cookbook to a regular John Diamond column in The Times.

Who else on this great Isle could stand comfortably next to those noble bastions of culinary achievement and journalistic integrity you ask? Well, if you are in the business of feeling good and getting groovy, then the answer lies in the pay-day reverie, back seat promiscuity and resplendent glory of The Rhythm Method.

These fearsome fellows have made a name for themselves with a superfluity of political commentary, philosophical discourse and romantic mishaps to the delight of both celebrity and your average Joey, so much so, that they count loyal fans in every category of the Ulma scale from Elton John to Denise Welch.

On “Something For The Weekend” it would be fair to say The Rhythm Method have found a sound that sits comfortably between piano-led honky-tonk and titular '70s sitcom music, firmly cementing the duo as joy generators of indisputable quality comparable only to Directors Bitter, Garageband, Ipswich Town Football Club, and University Challenge.

The boys will be touring with Shame in October alongside their own headline and festival dates - find out more here.

“Something For The Weekend” is out now via Moshi Moshi.