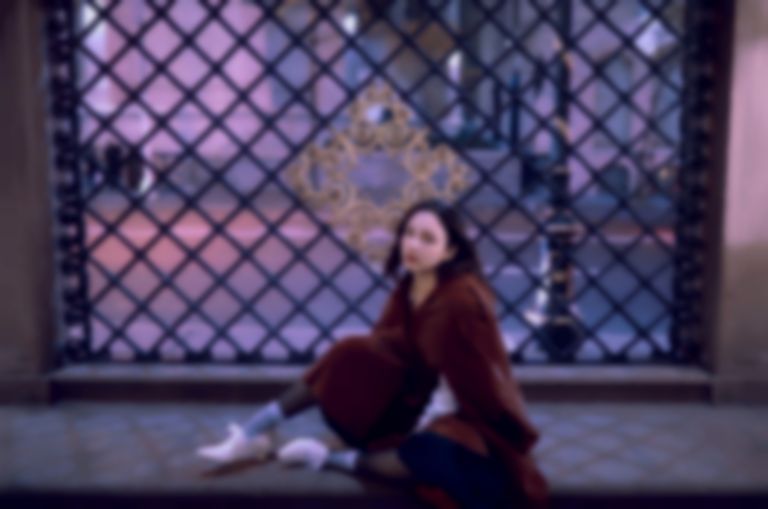 Photo by Frank Corr
Song Of The Day

The solo endeavour of Caroline Sans, a classically trained ballerina and self-taught musician, Sur Back is a consummate exploration of baroque pop.

Taken from EP Kitsch II and following previous single “Valentino”, “Anyone Else” is a multifaceted improvisational work full of whimsy and mysticism. Complex layering and gorgeous harmony borrow from elements of classical and folk music and reflect Sur Back’s transition from rural idle to city living; the main theme of the record.

Speaking about the song and the EP, Caroline said: "This song and Providence (another song on the EP) started out as one, and it was partly about the excitement of being in a new city for the first time and finding joy in observing the lives of strangers. Anyone Else/Providence was one of the first songs I wrote for Sur Back and it was all on guitar. As I got more invested in production over the years, I decided to make it an orchestral piece with many movements, but it became so long that I decided to split it into two songs. When I went on tour a couple years ago, I had barely produced the ending and was still playing it on electric guitar, and someone suggested the song was about religion...it’s actually about sex. The really beautiful, timeless, placeless kind where you’re really in love. I wanted to write about something down-to-earth but let the high stakes speak through the production, like euphoria veiled in mundanity—like if Rogers & Hammerstein wrote about a picnic."

The EP was written, recorded and produced by Sur Back with final mastering duties conducted by Patrick Brown (Zola Jesus, Grimes).

Kitsch II is out 23 February.