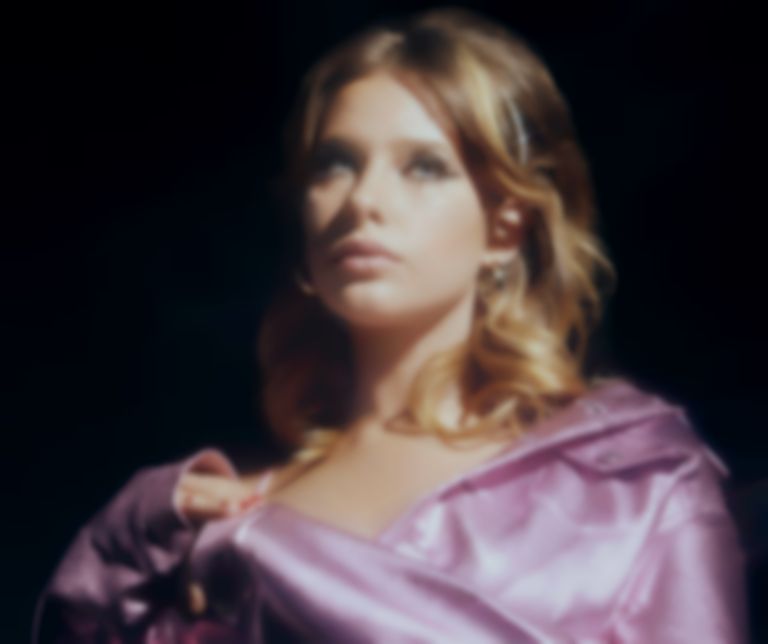 The project of singer/songwriter Sophie Cates, Silver Sphere blends the worlds of lo-fi bedroom and hyper-future pop to create the soundtrack of her very own planet The Silversphere.

"crowd" is the first taste of her forthcoming second EP, all my boyfriends, and her first with the backing of RCA Records. Last year's independently released yikes! is a masterful collection of anthems which has Cates poised to take over. Combining DIY sounds, dream-like vocals and frenetic beats on tracks like standouts "boys in bands" and "i'll go goth", it was an impressive introduction.

With the arrival of "crowd", it's clear that the silver has gone through some extensive polishing, but nevertheless sustains its relatable core. There were already moments in Cates' music that were ripe for backing coming-of-age movies, but "crowd" is most definitely worthy of it very own full-length feature. It's accompanying visualiser gives you a glimpse into what that could be.

When it comes to the next collection, from which "crowd" is taken, Caites explains "[it] tells the story of my first time navigating love and heartbreak on earth and the many stages and feelings that come with that… I hope it captures the feeling of love, the moments of sad and quiet heartbreak, and of sheer uncontrollable joy."

As an extra-terrestrial being, Silver Sphere is delivering a fresh perspective on love's many emotional rollercoasters. Whether you're the one searching or the face waiting to be found, "crowd" and its story are just the first part of this exciting new chapter and intimate dissection of life on Earth.

"crowd" is out now. Find Silver Sphere on Instagram.