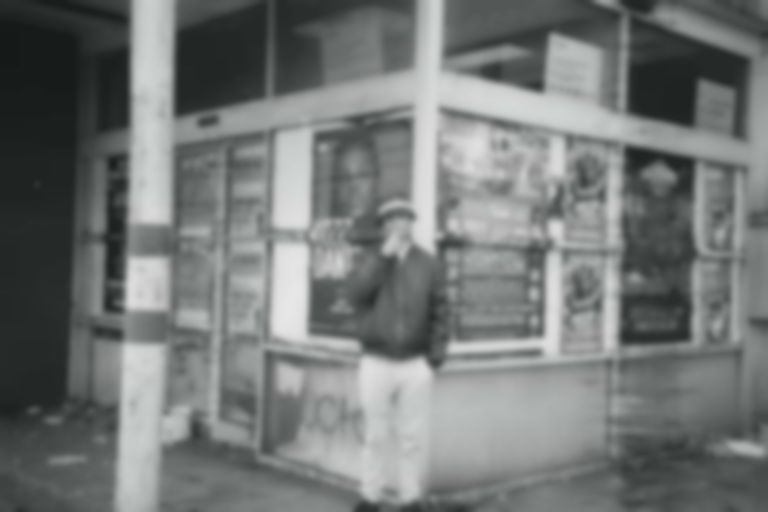 Following half a decade’s worth of writer’s block, North London's Rhett Nicholl's creativity spills out all at once as he collaborates with The Nasty Poet and Bapou Costi on his debut official single, the chilling “Haunty”.

When Harold Bloom referred to slam poetry as the death of art, he probably didn’t foresee it unlocking the culture clash between the middle class hipster elite and violent street crime.

Thick in a city of contrasts, these features bookend the brilliant first single from Rhett Nicholl in a harrowing ode to growing up in the capital. It’s essentially a lo-fi pop ballad with tender electronic cuts fit for Tourist or George Fitzgerald’s latest. Its accompanying visual is a gorgeous colouring-in of late night depression.

There’s a gentle tease of deep jungle bass, an off-kilter production that fires with the same disregard to sequencers of Hyperdub highflyers, but at the same time Nicholl’s smooth R&B tinges wouldn’t be out of place in the slicker sections of a Craig David TS5 set.

“'Haunty' began as a reaction to the passing of a close friend and seminal figure in our culture,” says Nicholl. “I’m trying to work through those feelings, it became a means to explore the issues and struggles of the people who really grew up in this city.”

“These lyrics come from a longer stream of consciousness, like most of what I write. There’s no start or finish, no resolution or gimmicks. This section addresses a life that all my people have lived, and much continue to. I wrote this for London, the real ones that get the metaphors, the sub text and word play. If you know you know...”

“Haunty” is out now. Find Rhett Nicholl on Instagram.