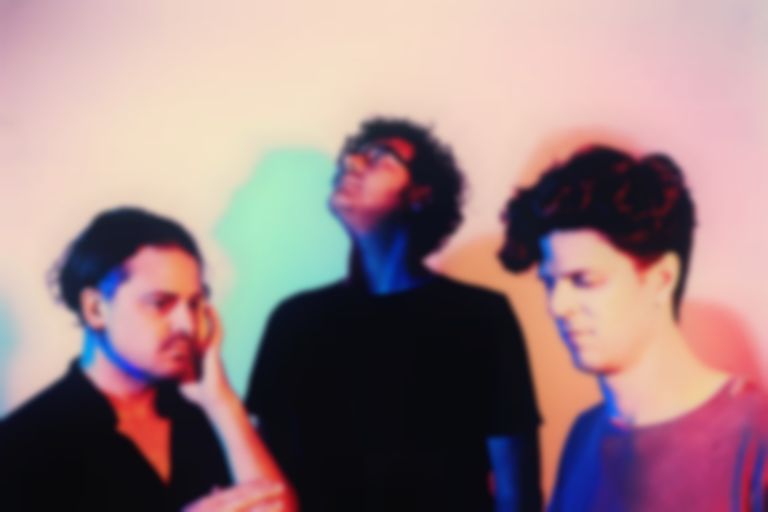 "Morning Mist, Rock Island Bend" is a vast exploration into activist electronica and ambient textures. It ebbs and flows, cyclic synths whirring into earshot and then fading out of existence - there are classically minimalist ideas at play, with elements and rhythms dropping in and out. It's hypnotic.

The film, directed by Mclean Stephenson, aims to highlight the political nature of PVT's upcoming LP.

"This video is about the spiritual ruination of a nobody," says Stephenson. "A beaten person. A man who couldn't even get a seat at a support group meeting. So he moves to the bush. And he decides to dress like a bush. And eat animal food. And erase himself. And in the depths of his erasure he encounters a new hope. He soon becomes a spirit of the bush. A spirit of the bushland night sky. And he soars through the trees and over the trees. And he is a Phoenix and a guardian of places without postcodes. A new spirit."

PVT add: "The title 'Morning Mist, Rock Island Bend' comes from the name of a landscape photo by the Australian photographer Peter Dombrovskis depicting a bend in the Franklin River in Tasmania. The photo was successfully used in a 1983 campaign against the intended destruction of large areas of national forest by the government of the day. Our hope was to examine one of the large elephants that appears to be in Australia's living room at the moment."

New Spirit is out 17 February via Felte. Pre-order now.