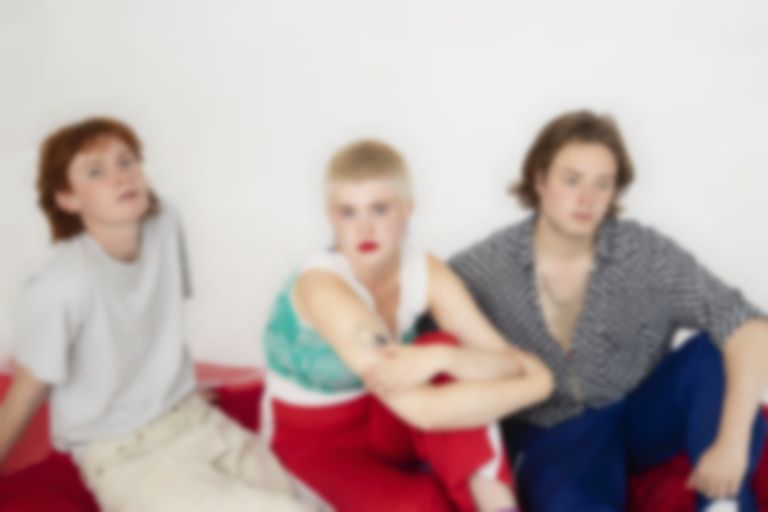 Over the years, Speedy Wunderground has been a nurturing hotbed for uniquely creative efforts, and with the new release by outfit PVA ready for launch, their vision is no different.

Initially forming in 2017, the London three-piece - namely Ella Harris, Josh Baxter and Louis Satchell - have made a name for themselves on the gig circuit thanks to their invigorated live sets, with regular stints at Brixton’s Windmill and The Social to name a few. Collaborating with Speedy Wunderground head honcho Dan Carey for their new single, PVA and the label boss manage to capture the essence of their renowned performances in their first single “Divine Intervention”.

Describing their own track as “Patti Smith fronting Factory Floor”, “Divine Intervention” was one of the first songs that Harris and Baxter wrote together when they first started the project. It is, however, a bold and bolshy effort that continues to hold up; with chunky, throbbing synths at its core and frivolous percussion, “Divine Intervention” lackadaisically swaggers through its unconventional riffing, sonic transitions and captivating yet subdued co-vocal delivery. It is the perfect introduction for the uninitiated.

“‘Divine Intervention' is about getting lost in memories and past experiences, coming to resolution within yourself and growing from these experiences to be a fuller, more rounded version of yourself,” shares Harris of the single. “It’s very cathartic being able to contrast these personal, quite-sad-at-times lyrics against such an upbeat track - the euphoria of dance music cures all’.

“Divine Intervention” is available digitally on 20 December and on limited 7” vinyl on 17 January 2020 via Speedy Wunderground. Follow PVA on Facebook. The band perform at The Windmill's New Year's Eve party in Brixton on 31 December.