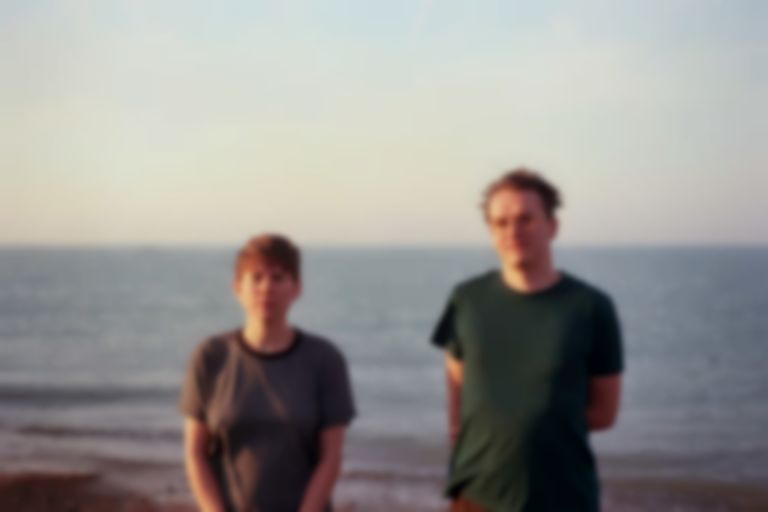 Photo by Joseph Fox
Song Of The Day

Orpine is the new fomenting endeavour of Oliver Catt and Eleanor Rudge. Having earned their stripes in other bands, Catt in Fantasy Rainbow and Rudge in Tyrannosaurus Dead and The Hundredth Anniversary, as well as singing on eachother’s records, they drifted apart only to be reunited at the foothills of Black Hill on the Scottish border. There, they wrote Grown Ungrown, the upcoming record that “Sondern” is pulled from, due out in May.

Their lacerated nonpareil brand of grunge folk sees the duo delve into what's essentially a song about loss and mourning. “Sondern” was written around the time of the first Brexit deadline, and takes its name from a German conjuncture originating from an old word which aptly meant “to separate”.

“I liked the idea that this use of the word is outdated and it had morphed into something it was never originally intended to be,” says Catt, “which was a lot of the criticism being levelled at the European Union on the Leave side.”

Gentle and rough-hewn strings soar diffusively and infectiously on “Sondern”, while arcane vocals ebb and flow amidst contagious melodies. Akin to the changing of the seasons, “Sondern” pulls and pushes, flounders and retreats in the most heady and recondite way.

“The first section centres around defeat, specifically relating to the Brexit vote and the sense of shock that came with that due to the echo chamber effect,” he says, referring especially to the line “Cold ice water covering my head / My old lone island sinking for itself”.

“The next section was then intended as an ironic response to what was outlined as the potential ‘benefits’ of Brexit; i.e. stronger ties with the US, a chance to rebuild the country in ‘our’ own image... Before the subsequent two lines explore the idea of being a 'traitor' for not believing in the UK as an economic and social force separate from the EU and a tongue-in-cheek line about deflecting ownership over these beliefs,” Catt explains of the lyrics: “But the sun is always rising if you turn to face The West / You’ve got everything to strive for when you’ve got nothing left / And if you run towards the fences you’ll be sure to meet your death / And I avoid being self-referential so I wouldn’t hold your breath”.

“The final section is then the escapist section, the idea that a viable response to save my own sanity was to turn my back on it all and retreat into nature, away from the endless stream of news,” he says of the lyrics: “So let’s float down river until we wash upon the earth’s edge / And where green stuff and flora pushes up we can make our marital bed”.

With Rudge based in Brighton, and Catt the other end of the country in Newcastle, the project is a long-distance venture that pushes for efficiency. “Our distance definitely presents interesting challenges to the band, but ones that have ended up being really good in retrospect,” says Rudge. “The times when we’re together are pretty intense because we need to work really hard to make the best use of our time in the same place. And then we can only practically manage to do that every now and again, so it pushes us to move forward maybe much more quickly than we might have done if we’d have been closer - like recording the album after having met up only twice beforehand.

“I guess that forces us to be decisive, but also allow for on-the-spot decision making and ideas, rather than knowing everything before going into the studio, for example. That’s not always comfortable, but it’s been really exciting and good for us I think.”

“Sondern” is out now via Heist or Hit, and Grown Ungrown will release in May. Find Orpine on Instagram.