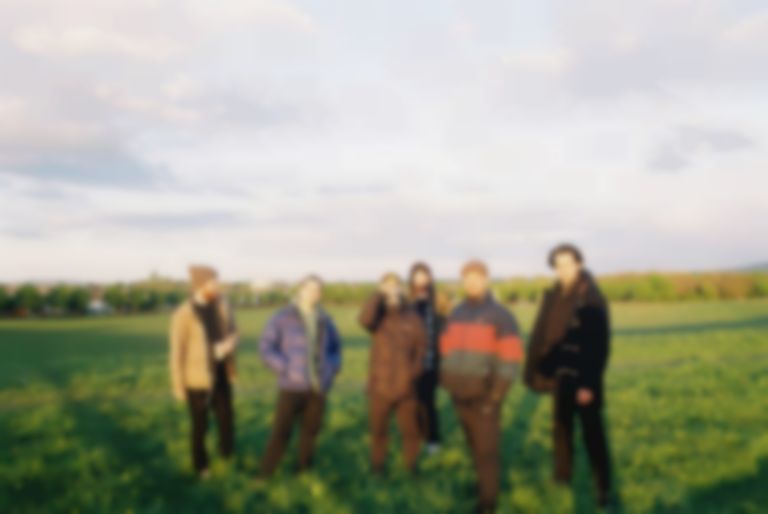 Photo by Loraine Club
Song Of The Day

Reflecting a signature soundscape blending 80s Pop with R&B and disco, "Starting Now" is a laid-back production led by melodic vocals and an earworm melody.

Six years after brothers Jordan and Zac Curtis began writing together, Loraine Club – which also consists of Jonny Halpin, Brian Smith, James Connolly and Mick Keeley – is well-mixed mesh of musicality. Self described as a “collection of different influences mashed together to make something we think sounds pretty original and that you can groove to", their latest four-track outing Desire acts as an exploration of the band’s artistry, with new single "Starting Now" becoming the electronic disco identity delving into everything from psychedelic dream pop to 90s RnB.

Opening with a gentle combination of hazy synth and airy guitar, underpinned by consistently catchy beats, “Starting Now” paints vivid pictures of summers past tinged with feel-good vibes. Embedded into the seamless crossover of electronic music and indie rock, the track (and by extension the EP) offers listeners a chance to get to know Loraine Club all over again.

"Starting now is probably my favourite track on the EP", shares Jordan. "When we started working on it, it was probably the track that needed the most work. We didn't even have a final version of the lyrics and the lads always slagged me how I mumbled my way through it live haha. I love the groove that the song has and that the focal part of the song is really the shaker. The outro is probably my favourite thing we've got recorded so far, I think it's probably the recording we put the most time into on the EP and the one we finished last. I recorded the vocals on a rockband mic in my room while i was quarantining after having covid which is funny because you really couldn't tell.. Or at least i think not haha".

Never ones to confine themselves to a particular style, Loraine Club is the kind of band who has something for its listeners no matter what mood they might be in. From the heaviness of nostalgia and heartbreak woven into their lyricism to the exuberance of summery and warm instrumentals to jam to, there’s an irresistible force that attracts listeners to the constantly experimental artistry of the band.

"Starting Now" is out now. Find Loraine Club on Instagram.