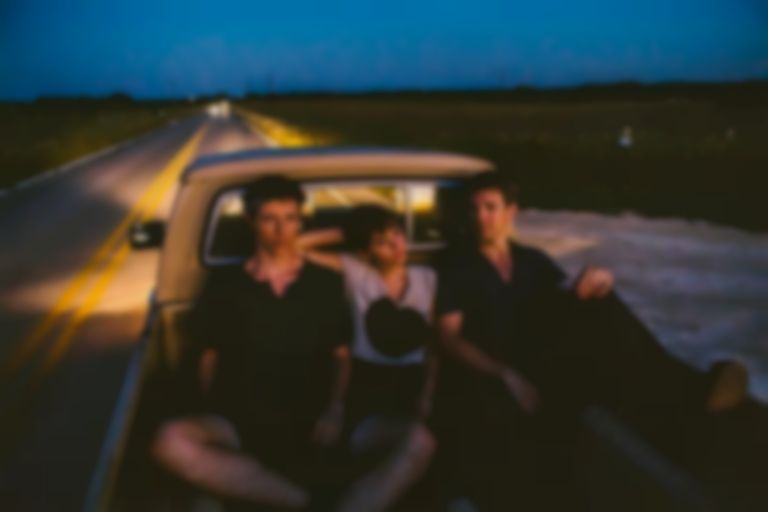 Comprised of Jonathan Meiburg from Shearwater and Emily Cross and Dan Duszynski from Cross Record, Loma is a manifestation of brilliant musical minds in organic workspaces.

The trio of globe-trotting musicians from two very separate artistic backgrounds have come together under the Loma banner, releasing their debut “Black Willow” earlier in the year and promising fans a full-length album in February 2018. Today the group share “Relay Runner", an emotionally charged track laced with darkness that talks about escapism and hopelessness, apt feelings considering Cross’ and Duszynski’s marriage was crumbling during the recording process.

Meiburg found this particularly isolating and difficult time a challenge and inspiration in equal measure, turning decimated intimacy and buried feelings into a sense of freeing expression. Whilst Duszynski buried his head in the mechanics of the operation Cross found solace in Meiburg’s words and melodies, adding her own special touch to the music. If “Relay Runner” is anything to go by then Loma’s self-titled is sure to be a confident, concise, vulnerable and heart-wrenching record.

Loma is out 16 February via Sub Pop.