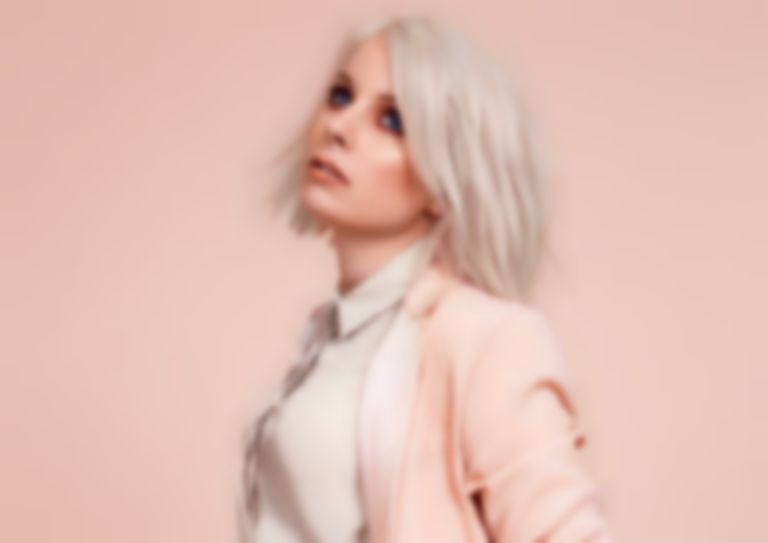 Little Boots continues to produce some of the most consistently impressive intelligent leftfield electro-pop and she's equally matched by Sam Sparro on "Face to Face".

"I wrote the song in LA, which seems to be where the majority of my songs are born," Victoria Hesketh tells us. "I met Sam, he made some eggs then we went into the studio and by the end of the day we had the song. It came together very naturally."

The song's got Sparro's fingerprints all over it with the Australian's signature minor key emotional gushes bookending that strident Little Boots sound we know and love.

"I’m such a huge fan of ‘Black and Gold’ and I know he’s such a great pop writer," Hesketh explains. "I was really impressed by what a great producer he is also. I guess we’ve both been in the pop world for a while now and something that should actually be pretty bizarre like writing a very personal song and creating on the spot with someone you don’t really know very well is now fairly natural for both of us."

Digital detox is the song's theme, Hesketh says: "[It's] about taking time out from the world, and although its becoming almost cliche to say sometimes you need to unplug and shut out all the digital noise we’ve become so use to being surrounded by, it really is true. Even our closest relationships can be affected and its really important to make a space where you can just be with people you love, friends, family, partners whatever, and just turn all that crap off."

The song is part of the Afterhours EP,  released today, which also includes the Richard X-produced “Staring At The Sun”. That song also drops as a remixable app through a collaboration with London start-up tech company Studio Amplify. The NOIZ app uses its inbuilt intelligent syncing to enable the user to seamlessly remix music, allowing total freedom of expression and spontaneity (so says the press release).

"It was great I could experiment with a release like this and push the boundaries of the traditional single format to make something fans could really interact with and deconstruct," says Hesketh. "I’m really grateful to the PRS Women Make Music fund for helping me make this happen."

The Afterhours EP is out now via Repeat Records. Buy on iTunes.