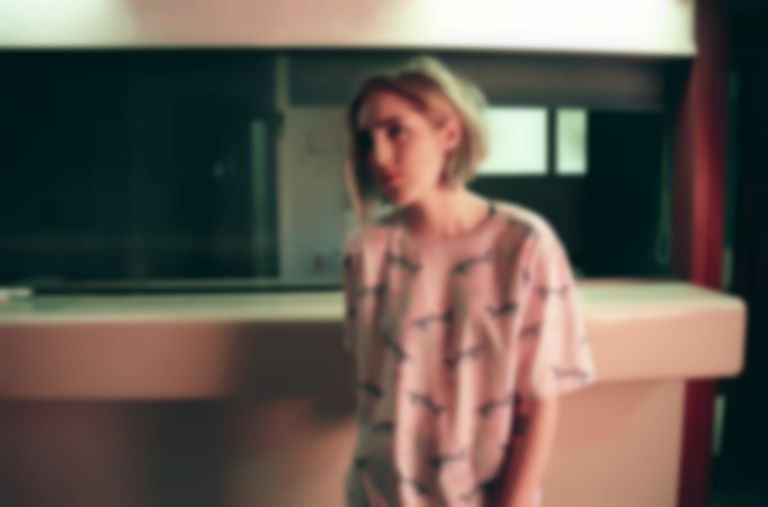 Ever since she released her stunning, (many would argue perfectly formed,) debut drop “Touch” I’ve been trying to put my finger on what it is exactly about London-based enigma Shura that makes her so indescribably fabulous. Listening to her latest cut, “Indecision”, it’s clear: she heightens the mundane, shining the banal truths of our emotional lives through the electro pop prism of her songs and transforming clichés into essential truths.

“Indecision” is another classic track, more heavily indebted to the 80s than her previous work, with her superbly light vocal bouncing amongst the woozy guitar, handclaps and fervent synth that pepper the mix. Continuing her musical triptych through the stages of heartbreak that accompany a break up, “Indecision” finds Shura proclaiming her intentions to a lover who can’t decide where he stands: “drinking whiskey from a plastic cup, as if it’s going to make you make your mind up.”

There are moments when it all feels a little La Roux: the girls share a tone that falls in the fragile space that sits in the higher registers, but it’s a trait Shura has repeatedly used to her advantage, adapting it well to imbue some levity into her tales of romantic failure. It’s a skill that captures Shura’s strength: she knows what she’s good at, allowing her songs to go straight for the jugular. At once poignant, quick witted and observant to a fault, she captures the contradictions of her generation, who elevate the physical while despairing of the feelings that follow, terrified of commitment and yet craving connection.