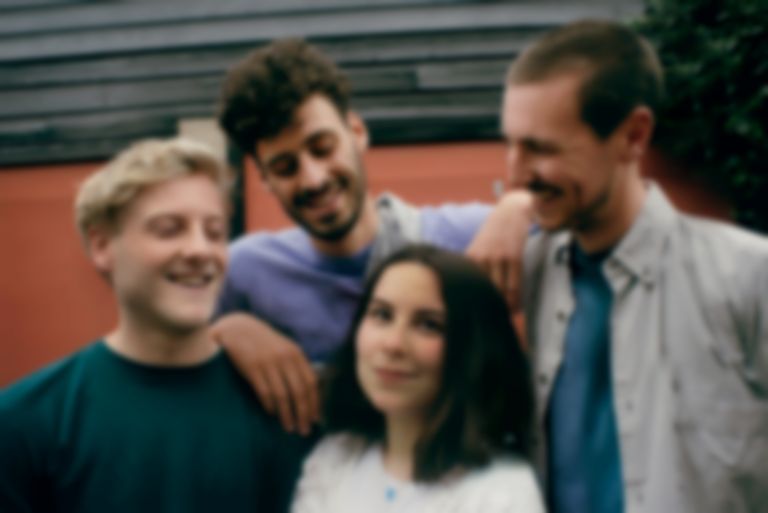 Photo by Billy Boyd Cape
Song Of The Day

“I wrote 'Disappear' in the summer of 2012 when Lazy Day was a very quiet and almost secret thing,” explains Scantlebury. “I actually remember coming up with the melody for the chorus when I was cycling back home in London.

"Then later that summer I went to America with my family and recorded the first demo of 'Disappear'. I snuck my dad’s laptop when him and my mum were trying to watch Mad Men – but this demo was more important. We were staying near the ocean and in the background of the track you could hear the seabirds which I always liked.

"Fast-forward four years and I had the Lazy Day band together, and with them I got to develop 'Disappear' into a fully formed thing."

She adds: "'Disappear' is about being let down or forgotten about. About someone who only sees [himself/herself] and so doesn't see you."

The song may speak of disappearing, yet the flinty edges to both the vocal and instrumentation don't hesitate to carve out space in the world and announce Lazy Day’s presence as a band on the rise.

“Disappear” is released as a 7” single via Lost Map on 4 November, backed with b-side “All the Time”. Live dates below.