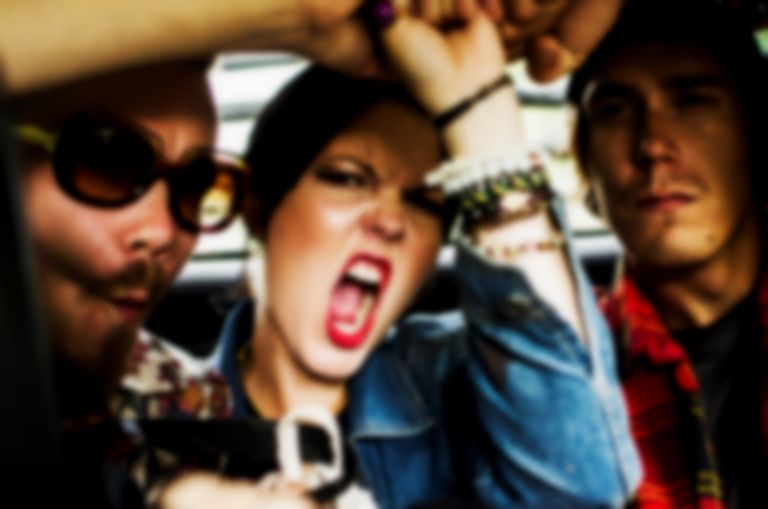 Photo by Heidi Kero
Song Of The Day

Jane Fonda’s 1981 study of callisthenics and lycra, imaginatively entitled Jane Fonda’s Workout Book, is regarded in some fitness circles as a seminal piece of exercise literature. Her holistic approach to the female body and accessible aerobic regimes saw it fly to the top of the No. 1 bestseller list and stay there for six months. Two years later Jane Fonda’s Workout Record, a 14-track album containing monster hits from the likes of REO Speedwagon and The Jackson 5, enjoyed a similar degree of success, peaking at #7 in the UK Album Charts.

At a time where controversial band names such as Viet Cong and more recently Kent’s Get Inuit are causing a stir for all the wrong reasons, it is pleasant to have a group, inevitably from one of the hyper-advanced countries in Scandinavia, taking on a wholesome name of cultural significance. If that wasn’t wonderful enough, Have You Ever Seen The Jane Fonda Aerobic VHS?? are fittingly obsessed with underground cassette culture, punk rock, ‘60s girl groups and surrealist movies. A most beautiful blend.

Their latest track “Bambi Act” is a twisted fairy-tale story soundtracked by peculiar synthesisers and Dum Dum Girls esque backing vocals. It is undeniably born from a love of NYC/Manchester indie but there is a definite Finnish edge, slightly more wild and woolly, permeated by super sweet melodies. A perfect accompaniment to any of the workouts from Jane Fonda: Prime Time Fit & Strong, “Bambi Act” is the sort of perspiration-inducing number that continues to resonate hours after listening.