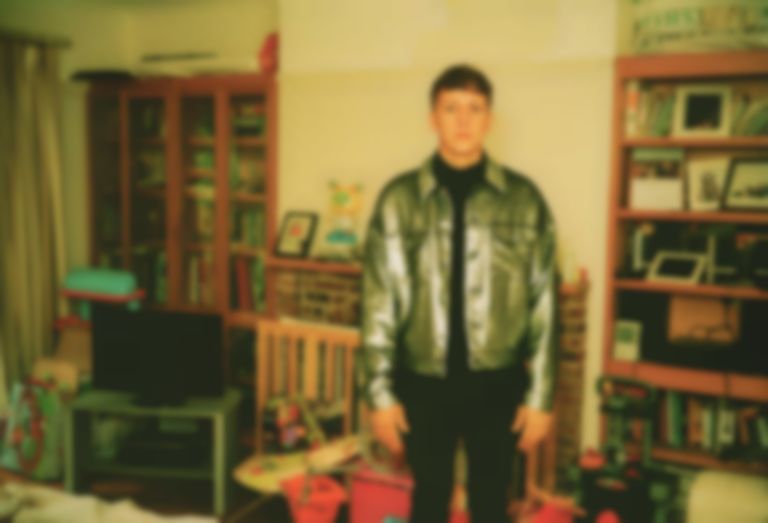 Photo by Graeme Oxby
Song Of The Day

The latest crown jewel of tastemaker label Heist or Hit (Her's, Pizzagirl) comes via the front lines of the optimistic-as-it-sounds counter-disco movement with Guest Singer's “FOMO”.

What do you want from a chorus? If it’s an enticingly pixelated synth, a danceable homemade beat for the post-truth generation and a man from Doncaster telling you just how fucking lonely he is, then don’t we have the song for you.

Welcome to the elegiac parade in its bloodless new wave sprawl. “FOMO” is the brilliant new single from Yorkshire band Guest Singer, led by songwriter Jake Cope. Ten seconds in and you’re battling against a pop hook, but the opening line is still a droll statement of self-defeat: “put this on your playlist / titled 'just never quite made it'”.

Call it what you want: it’s an anxiety-ridden party jam, a romantic spoof of self-loathing and straight-lipped deprecation. An over-saturated image of someone walking their dog on a beach is framed on the artwork, with the movie tagline “your life looks better than mine”. There’s an indie-rock looseness throughout; a propulsive tongue-in-cheek but sultry slackerism sitting somewhere between Porches and Courtney Barnett.

As Cope’s soft falsetto takes on the worn-out duality of digital existence with a strange melancholic warmth, it sounds like Win Butler repenting a comedown and lighting up another cigarette. Someone in the corner of the room’s just told a joke – it’s funny, and a little close to home.

“Fomo isn’t a new thing,” says Cope. “It’s a familiar anxiety pumped full of steroids by digital living. What we didn’t know didn’t hurt us. Now, things are rammed in our faces and it has an impact. I’ve always liked the ideas of songs that have two feelings; the music sending you one way, the words another. The music is for those having a good day, the words are for those that aren’t.”

“FOMO” is out today via Heist or Hit. Find Guest Singer on Instagram.