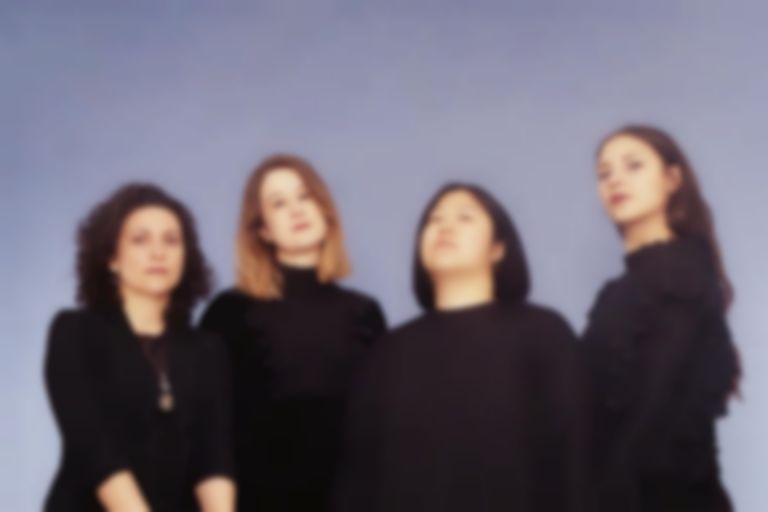 Photo by Poppy Marriott
Song Of The Day

Four-piece GHUM, hailing from London, Spain and Brazil, release the industrial visuals to the goth-pop inspired gem “Saturn”, taken from their debut EP The Coldest Fire.

The mighty “Saturn” is a brooding dark-pop offering from London-based quartet GHUM, with delicate vocals above a darkly-lit atmosphere, making way for waves of searing guitar lines.

“‘Saturn' tells a story of a toxic relationship,” GHUM explain. “The confusion between passion and love, and the end of love when violence appears.”

Referring to the video, the band continue: “We wanted to create something beautiful but also incorporate elements of those feelings, and most importantly the tone of the video represents a feeling of The Coldest Fire.”

“We wanted to have a feeling of simultaneously being in a restricted industrial setting, alongside more open, natural settings which represent freedom,” say the band, adding that they're “so glad to have Louise and Rob on board for this video to depict that,” referring to director Louise Tse and Rob Thorogood, who shot the visuals.

“Saturn” and The Coldest Fire are out now on Everything Sucks Music. Catch them live on 10 October at London's The Waiting Room and find GHUM on Facebook.