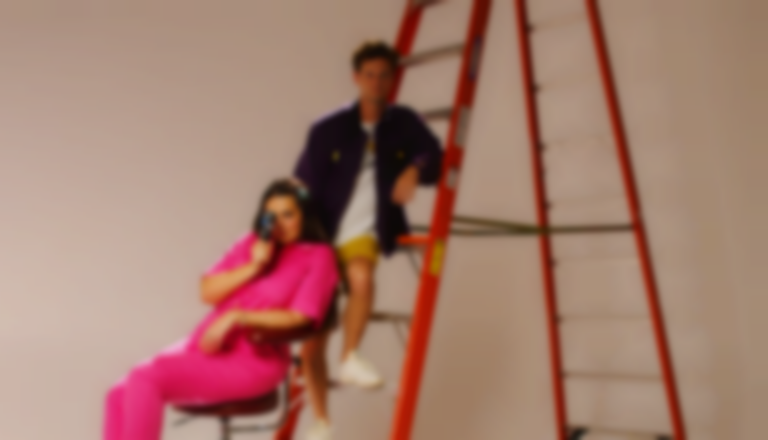 Photo by Aidan Gibney, Coming of Age
Song Of The Day

Driven to existentialism during the pandemic, LA duo EXES question their place in the world and remind themselves that success is relative on the soft indie track "Clapping on the TV".

Success looks different for everyone, but comparison can feel unavoidable: two concepts with which EXES singer Allie McDonald has spent her adult life grappling with. “Clapping on the TV” was inspired by exactly that.

Financial income for musicians is a long-debated and much-disputed topic, with many artists still holding down full-time jobs away from the industry. McDonald found herself in that precise predicament not long ago and turned to appearing as an audience member on talk shows to fund herself.

“There was a time, fairly recently, where I needed to clap on game shows and talk shows in order to make money," McDonald shares. "Music wasn’t paying the bills so I turned to paid seat filler jobs. It was probably the lowest point in my adult life.”

“I questioned everything I was doing. I was getting older, running into people I went to college with—finding out they had babies and houses and retirement plans. I was barely scraping by. Sometimes it still feels that way. 'Clapping on the TV' came from that weird time. We wrote it with our friend, Petey, in the studio one day as an ode to all the late 20-year-olds who still don’t know which direction they’re headed. It’s a song for the misfits, the loners, and the kids who don’t want to grow up and give up on their dreams."

A metronomic drum beat and delicate guitar riff sonically drive the nostalgic track, but it’s McDonald’s tender vocals that make “Clapping on the TV'' such a sentimental offering. And, with lines like, “I’m so tired of being so sure of myself, when I don’t even know why I exist”, EXES prove themselves as truly relatable lyricists.

With themes of relationships, life lessons, disappointment and triumphs set to continue in the duos forthcoming debut album, McDonald and bandmate Mike Derenzo have weathered the storm under the banner of EXES and are set to continue on an upward trajectory.

"Clapping on the TV" is out now, with the debut album Don’t Give Up On Me Now set for release on 22 February. Find EXES on Instagram.