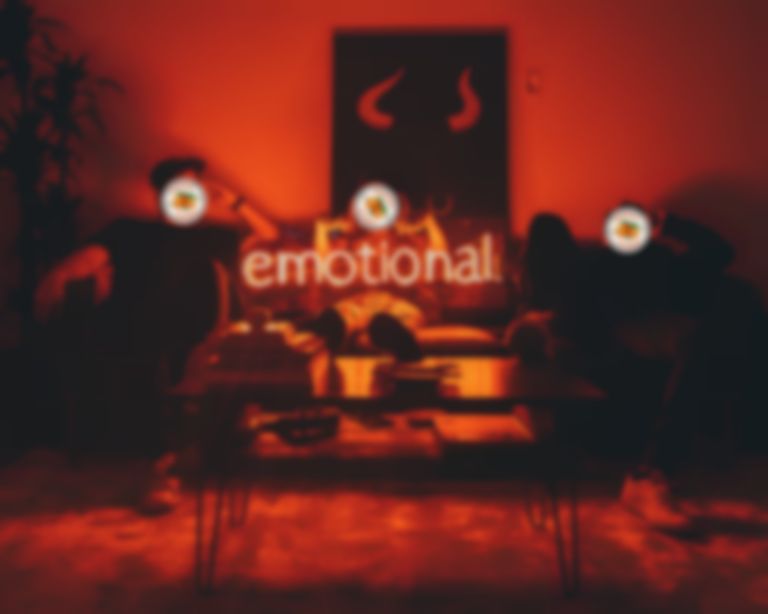 Enigmatic duo Emotional Oranges look for a romantic connection with “Someone Else”, creating a timeless aesthetic infused with juicy doses of succulent summer energy.

Combining glitter jumpsuits and apricot 'fros, Emotional Oranges have been championed on both sides of the Atlantic - finding fans with Michelle Obama, Guy Fieri and cultivating an impressive following with their vibrant discography.

"Dante Jones of THEY. helped produce this one,” they explain. “We wanted it to be on some 2020 Dr. Dre x Emotional Oranges energy and wrote it about openly telling my girl that if she’s unhappy, she needs to go be with someone else!"

For an artistic collective insistent on keeping their identity a mystery, the emotional candidness in their song writing is an astute observation of romantic relationships. With a rich combination of break-beat drum patterns and R&B melodies, the internet phenomenon have simultaneously crafted a record for the broken hearted and the hopeless romantic.

“Someone Else” is out today via Avant Garden, and The Juice Vol.1 will be released 10 May. They play London's XOYO on 6 June. Find Emotional Oranges on Facebook.