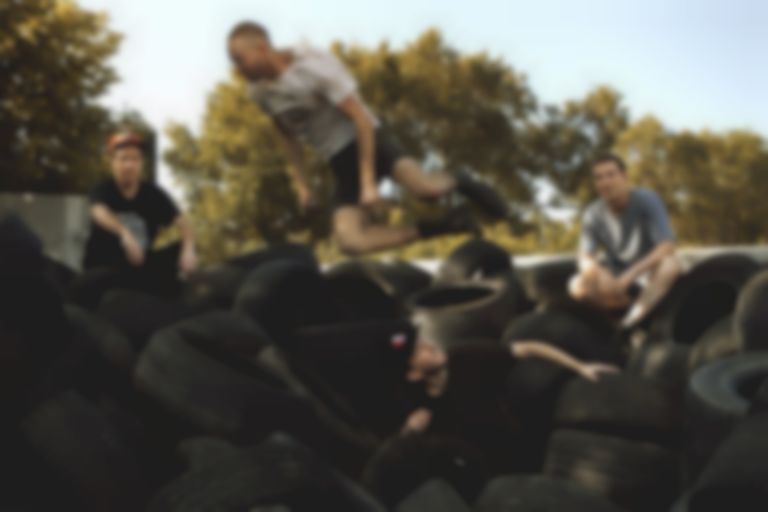 Photo by Dominic Berthiaume
Song Of The Day

Though they already have two albums to their name, the upcoming third and Sub Pop debut from Montreal’s Corridor seems to suggest the band have had a new gust of life.

It’s appropriate then that the latest taste from Junior, and last before its release on 18 October, is fuelled by a nervous and excited energy. “Pow” has all the rhythmic impact that you would hope from such a title, from the jittery hi-hats that steadily drive the track to the booming tom-tom off beats that counter them at the turn of every line.

But a Pulp-like bass-line, shimmering and grizzly guitar lines, and reverb heavy vocals (not to mention vocoded yodeling) also give the track a strong melodic veneer, as Jonathan Robert sings in his native Québécois of “Standing in front of the bed, blind, visionary, motionless and absent”.

“Pow” follows the epic call-and-response of lead single “Topographe” and the no-wave anthem (and already an album highlight), “Domino”. Though remarkably the Canadians are the first Francophone act to be signed to Sub Pop, these three tracks already hint at a momentous change for both the label and band.