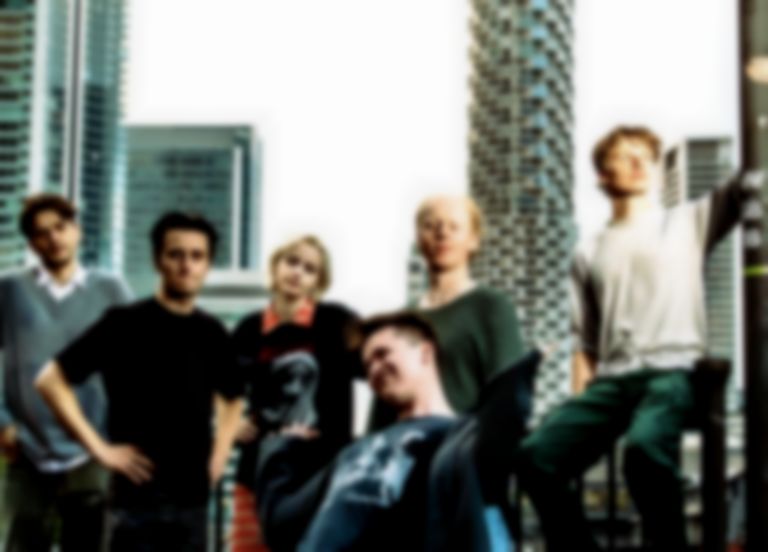 Photo by Jason Sheehan
Song Of The Day

There’s something familiar in Blue Bendy’s latest single “A Celebration” that’s both reassuring and endlessly intriguing from the first listen.

Lead singer Arthur Nolan adds extra flair to the shape-shifting track, which came into clear focus during a period of prolonged creativity amidst the pandemic. “Isolation for me meant I was writing furiously in the attic of my mum’s house in North Lincolnshire, conceiving a handful of skeletons, which by the time the second lockdown happened… the whole band could experiment with indefinitely,” Nolan tells Best Fit.

The track is refreshingly experimental, but also is an unapologetic homage to throwback rock. “In contemporary alternative music there’s a real lack of leather jacket motorcycle croonerisms - this is a bastardised attempt to correct that,” he says. “However, I’m sure no one else would see it that way.”

Nolan explains that the track is a tongue-in-cheek effort, right down to the title. “The title is a bit of wry fun. There’s passages of mania through the song but a dark cloud hangs over the whole piece. The title must’ve been written during one of the former periods.”

Nolan also adds that the band’s decisive and unique imprint has its own source of motivation and inspiration: “Proving my dad wrong.”

“A Celebration” is out now on Practise Music. Find Blue Bendy on Instagram.