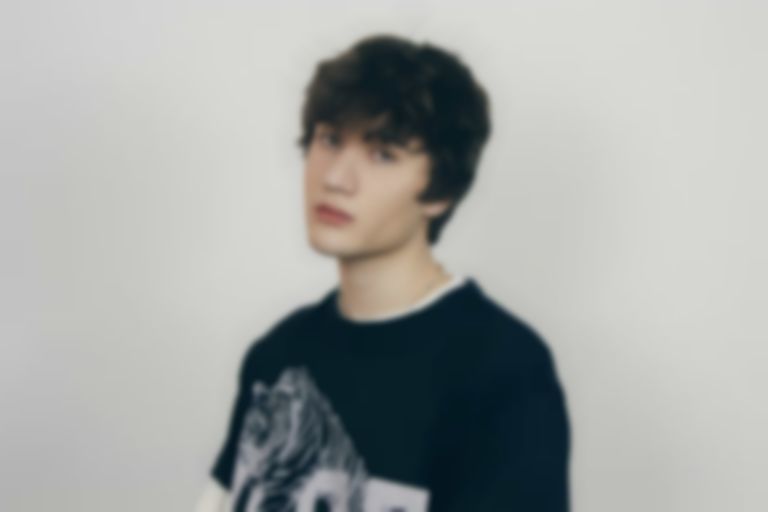 Photo by Dirty Hit
Song Of The Day

“what’s the point?” is the latest single from rising pop sensation beaux, representing a breezy snapshot of the much-feted wunderkind leaning on the halcyon sincerity synonymous with his name.

With his second EP on the horizon, mononym-bannered beaux (aka London-born Beaux South) has charted a sharp course from nascent DIY dabbling to the stadium-destined gravitas gracing his most recent output.

Arriving on minimalist shores with “what’s the point?”, beaux syncs into a sea of glaring synth-saturated radiance, combatting the glacial pace of the last year through a bankable brand of glistening nostalgic optimism. A recent addition to the Dirty Hit roster, beaux yet again harnesses rich songcraft to iridescent effect, his vocals leaning on a cloud of plush production, blistering guitar drawls and bubble-gum beats; proving naturally at home alongside seasoned stalwarts such as The 1975.

beaux approached the current slumbering state of play, incurred by the pandemic, as a chance to channel energy into all that is meaningful: “‘what’s the point?’ is a focus on the positive aspects of my life in the past year,” he explains. “Like most, lots of my plans had to be cancelled, which was frustrating but it also allowed for more time with those closest to me. When restrictions eased during the summer, my girlfriend and I spent a lot of our days just skateboarding out in the sun, it was as if our way of life had slowed down, and reverted to simpler times.”

The unassailably upbeat nature of the track finds additional definition via its visual direction: “I wanted the video to encapsulate the sentiment of the whole EP,” beaux muses. “The majority of my best memories have taken place outdoors in past summers, and last year, more than ever, it wasn’t really possible to meet with family and friends indoors, so EVERY good memory I made was outside. The screens act as a backdrop throughout the performance, showing different summer scenes that hopefully transport you from the cold winter sound stage in London, to the sunny places I’ve written about.”

"What's the point?" is out now and a love letter to the moments spent outside will release on 12 February via Dirty Hit. Find beaux on Instagram.