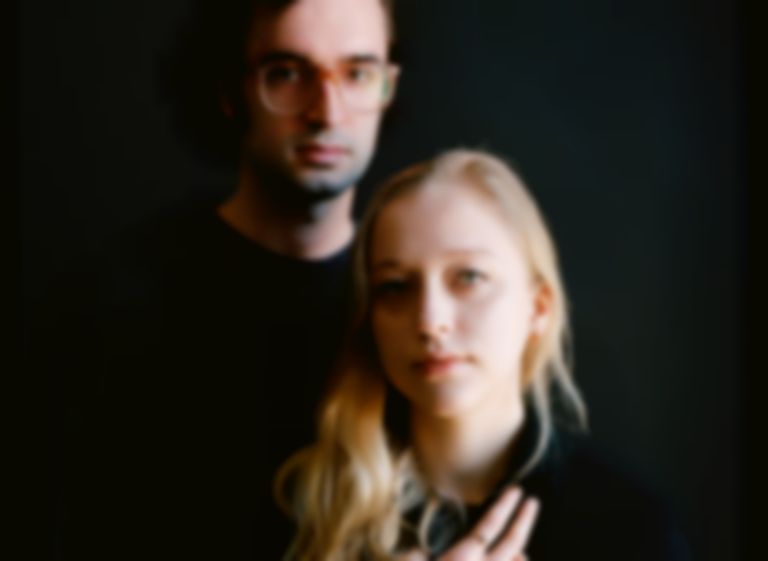 Anne Malin are duo Anne Malin Ringwalt and William Ellis Johnson. Together they create introspective and gorgeously poetic music that is full of emotion and atmosphere.

"In Waves" comes as the first taster of the duo's new album, entitled Fog Area. The title of the album, and the songs that lay within, were inspired by the multiple 'fog area' signs that the duo encountered during their move from from Massachusetts to Indiana, exploring the emotional journey that they went on.

As 'fog' may suggest, nothing is clear or straightforward and "In Waves" perfectly sets the scene for the tidal wave of emotive energy that encompasses the album, where Ringwalt's lyrics look inwards to try and find her indentity and inner self amongst a sea of sociopolitical turmoil.

"In Waves" has this otherworldly feel about it, where Malin's vocals seep through with a haunting beauty that makes it seem as though the song has been plucked from a spirit. Ultimately, it feels as though a glimmer of light shines through and that there is hope that soon the fog will pass.

Fog Area will be released on 12 October and is available to pre-order on Bandcamp now.