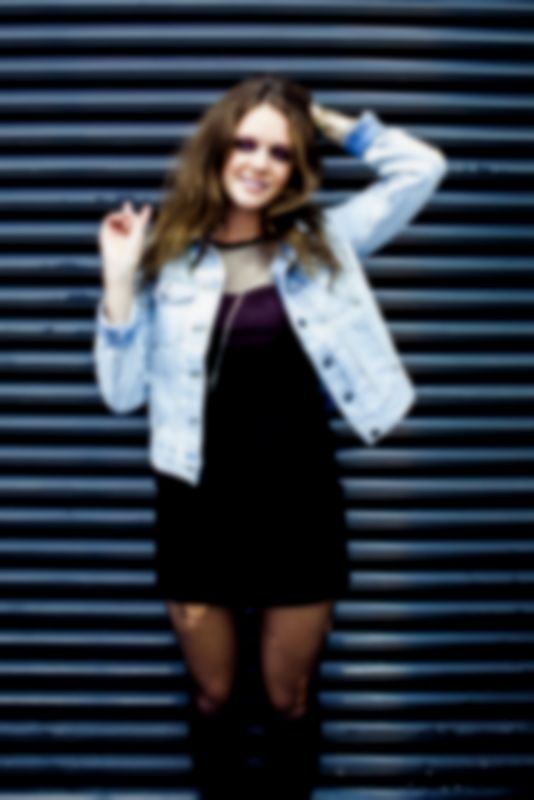 Ok, on the basis that 2013 has already been a shriek-worthily good year for new music, you may think you have no room for Yet Another Potentially Favourite Popstar in your life but – and we mean this in the politest of ways – think again, for you may have inadvertently overlooked Tove Lo.

Harnessing the heritage of umpteen Swedish musical geniuses before her and adding an extra edgy twist of her own, Lo magics up pop that gets sufficiently naughty to hook you in but is simultaneously classy enough to have self-respect. Her main subject of exploration is love but she doesn’t get shy when it comes to putting relationships under the magnifying glass and observing their slightly less savoury aspects.

Lo’s career began with a rock flirtation in the guise of a band called Tremblebee, which she set up with her then guitarist boyfriend. After separating as a couple they kept the band going for a while longer but Lo then decided that she wanted her musical direction to veer off towards pop.

With the remaining band members starting to get involved in other projects, Tremblebee fizzled out and Lo’s reinvention entered phase one. The result was last year’s infectious debut single, ‘Love Ballad’, which is the kind of song that gets A&R people rubbing their hands together as their eyes reflect $ signs and music lovers wanting to start blogs for.

When Lo’s second single, ‘Habits’ emerged and proved to be no less of a triumph, we simply had to corner her for a chat and find out more about her work.

Once you left Tremblebee, how long did it take you to get people to pay attention to your songs?

It took me a long time, I needed to find my expression first. I wasn’t sure if I wanted to just write or be an artist, although I love being on stage. I had a shed outside my cousin’s house where I had my studio. I just spent my days there writing and producing on my own. I guess after about a year of doing that Warner Chappell noticed me and signed me as a songwriter.

Were you surprised by the almost-immediate widespread admiration for ‘Love Ballad’?

I didn’t know what to expect, I just released it and hoped for the best . So I’m really happy with the attention it got. After I finished ‘Love Ballad’ and released it, I went traveling anddidn’t really think about what the next step would be. But when I was away I wrote ‘Habits’ and it just felt right for that one to be next. I never questioned it. Other people did, but I didn’t.

I write in a lot of different ways, depending on who I’m writing with.But when I write on my own I usually have a lyric and kind of a phrasing that I hear in my head. I then make a beat or just find my way on the piano with chords I like. I experiment, sometimes change the whole lyric around but the thread is still there. I like having the story in place first. It inspires me… getting the mood of the song and that sort of
thing.

Oooh that’s a tricky one! I suppose a love ballad should be a happy one but I’m gonna say Veronica Maggio’s ‘Snälla bli min’. It’s so emotional I can only listen to two bars in and I start crying. Listen to it, it’s in Swedish but you’ll still get it.

How were your connections with Xenomania, Elof Loelv and Alexander Kronlund first forged?

Alex Kronlund is a funny story. When I just got signed to Warner Chappell I went with a producer friend to Alex’s birthday party. I didn’t know that many people but I got really drunk and hogged the stage with the live band. He called me a few days later and asked who I was. We had a few sessions and then he flew me over to LA for the first time. It was pretty overwhelming .

Xenomania happened through Warner Chappell. I went there on a “test run” first and it went really well so I keep going back. It’s a very cool and interesting way of writing the way they do it. I’ve never seen anything like it still! Elof I met through Icona Pop. I was really nervous the first time we wrote together because I had wanted to work with him for so long! Now we write together all the time and we’re at the point of finishing each other’s sentences!

I never write on my own the way that Xenomania write because that needs a lot more people involved. With Alex it’s all about fresh inspiration and getting our ideas out fast, leave it for a bit and then dive back in. Elof is more of a grinder. We can sit for hours finding the last word to make the song perfect. I love both ways. With every writer it’s a different relationships, you know?

With Xenomania I wrote ‘Something New‘. It’s the Brian Higgins way, he makes sure the music or the track is a hit. He brings in melody writers, we sing our hearts out, he picks the best melodies from each of us, puts it together and then gets lyrics on it! That place is all about keeping it inspiring, coming up with your best melodies to a specific track and then letting Brian glue it together.

With Elof Loelv I wrote ‘We Got the World‘, which was actually one of the first songs I co-wrote with him. He had most of it already, though . I was just excited to be part of finishing it off with and Coco Morier. In the beginning with Elof it was a lot of me coming in and finishing up all his genius ideas with him. Now we’ve done a lot from scratch and I can’t wait for it to come out!

The best song I’ve written together with Alex Kronlund isn’t out yet so I’ll get back to you when it is. Won’t be too long now…


If cost was not an issue, what kind of stage setup would you ideally love to have at a Tove Lo show?

I know exactly what I’d want! I’d want Thomas Canto making his “light art” live on stage with me, writing the lyrics with his lights. Everything else is completely dark at first and then BOOM in the chorus and you see me and my band standing on smaller stages in different heights on this big, big stage and we all have our individual “light painter” who draws things around us in the air. Maybe I’ll get two of those, since I’m the artist .

And finally, can you give us a clue about what your next single is going to be?

Well, it’s the follow up from ‘Habits’ where I’m kind of okay…

Right. Is the video likely to be as eye-popping as the one for ‘Habits’?

Well, step one is that I’ve just sent pieces of my diary to a painter who is going to freely interpret it. That’s all I’m giving away for now!