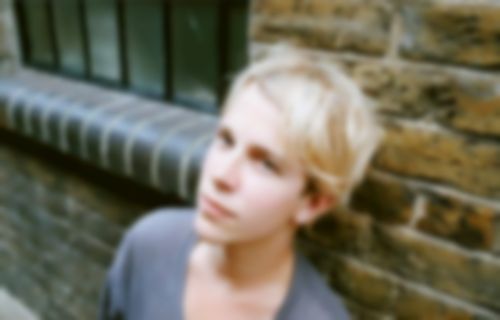 Elton John, Chris Martin and James Blake are among the artists that we could list as having taken the piano from its classical foundations to the modern music loving masses. And now, London based singer-songwriter Tom Odell is proving himself to be the latest piano man to wear his heart on his sleeve. Signed to Lily Allen Cooper’s label, his new EP Songs From Another Love showcases his gentle yet powerful vocals alongside his achingly beautiful lyrics. Catching up with Odell, he reveals all about having his song ‘Another Love’ featured in the Burberry catwalk show, his musical upbringing and who he’d list as his dream collaboration.

You started writing songs when you were 13 years old. What were your first songs about?

One of the first songs I ever wrote was about this spider that lived in the corner of my bedroom window for years. Do spiders live for years?! I’m not sure, it definitely felt like years. Kind of became the pet I never had. But then it died and I felt a little upset about it. Seemed like a good thing to write about at the time.

Who are your musical influences?

I grew up listening to Elton John, Leon Russell, Bob Dylan and Billy Joel. But when I left home I moved to Brighton, and I started hearing a lot more music I didn’t know about, I got really into Cat Power, and Beach House, and then someone told me about Arthur Russell and I remember hearing his song ‘Another Thought’, and it really stopped me in my tracks. I love Tom Waits, and I love Bruce Springsteen, too.

Burberry chose ‘Another Love’ to be the soundtrack for the brand’s Spring/Summer runway show during this season’s London Fashion week. What went through your mind when you found out about that?

I had never seen a catwalk show until Burberry’s one. I didn’t realise they could be so creative! The way they used it in the show was so fitting, and I think it really brought out the best in the song. So many people have heard ‘Another Love’ through watching that show. Burberry are such an cool innovative brand that I’m so excited to be involved with, and they’re so supportive of new music.

How was that experience?

You know what? I got stuck in traffic so I was a little late and had to watch the show right in the back corner, but I watched it back online and I thought it was incredible, so beautifully designed, everything about it. Was really haunting! And another love had such a big role! So weird hearing one of my songs in front of so many people. It’s quite terrifying. I wrote that song in my bedroom in about 20 minutes.

What’s the songwriting process for you?

Different every time, but it usually begins on the piano with a lyric or two. When there’s no piano around, I might play around on the guitar. But I try to stay in places with pianos because my guitar skills are really bad.

What’s the story behind the song ‘Can’t Pretend’?

One of my school friends stupidly once told me that the way to someone’s heart is to ignore them, and pretend you don’t like them. Play the cool game. Perhaps that might worked for him but it definitely didn’t work for me, and that is what the song is about.

Can you talk a bit about how the video for ‘Sense’ came about?

I was looking after my friend’s piano for a couple of days back in the summer and I had a friend over who makes films. He got his camera out and I played him my new song. Not long after the video cuts, we had the neighbours banging on the door. We were really lucky to get the whole take! I’m a much more considerate neighbour these days though. I’ve just bought this piano keyboard thing, which has headphones. It’s pretty lame, but I really wanna stay in this flat for a bit.

There’s a sadness and deep emotion in your songs, especially for a young man. Where do you draw that inspiration from?

God knows, life, maybe, i dunno!? Is that a corny response? All my songs are about personal experiences. They’re probably a little too honest at times, I’m always getting in trouble because my friends know who I’m writing about. I’ve put a picture of me and my ex-girlfriend on the cover of the EP. Perhaps that’s weird. I’m sure she thinks so, but surely its better than putting a picture of me and some model on there!?

I would love to collaborate with James Blake. I’m still completely fascinated by his album he put out last year.

What’s up for Tom Odell next?

I’ve got my EP Songs From Another Love out in October, and then I’m touring with the Mystery Jets and Jake Bugg in November. Should be fun, I’ve never done a tour before. See you there?

Songs From Another Love is available now through ITNO/Columbia, and find out where to catch Tom Odell live here.