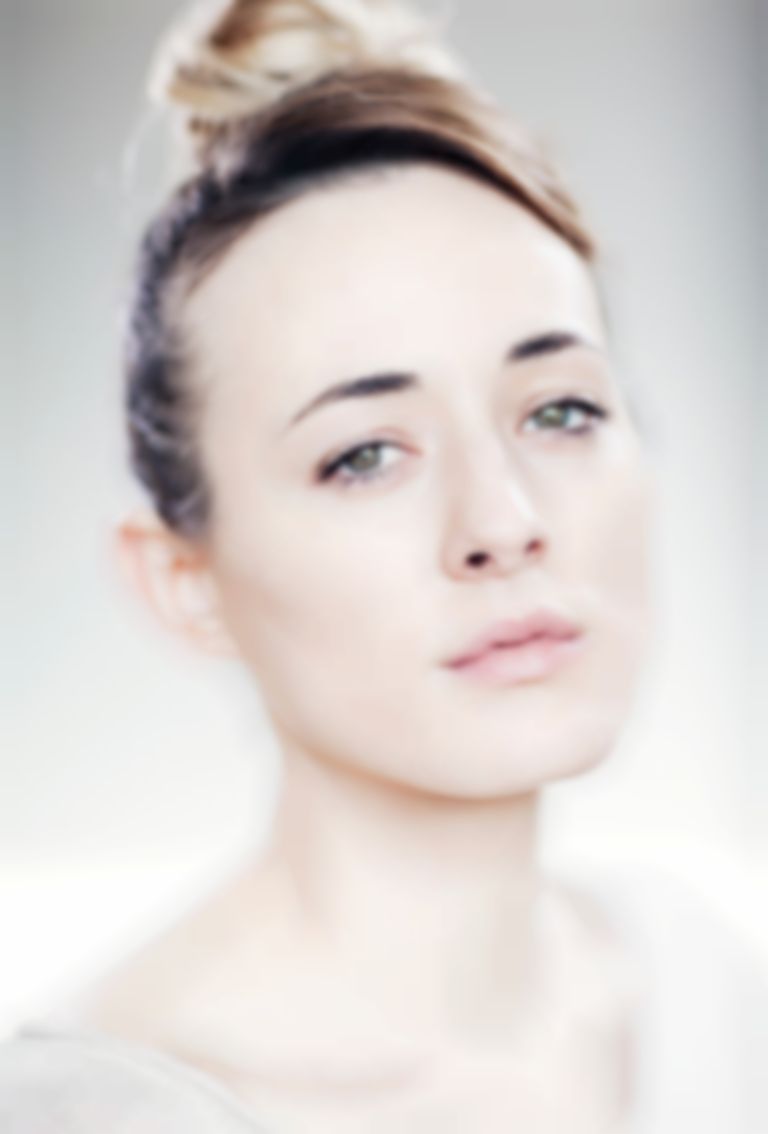 All the best acts form over nights together listening to music, don’t they?

Sharing a love of a bunch of records, getting to know each other… and then forming a band. It feels like a better way to do it, rather then finding out further down the line you’ve got together with people you actually completely despise. And that’s how the duo of vocalist Rebekah Raa and producer Nic ‘Casually Here’ Nell got together. After Raa left her previous band Stricken City, she got to know Casually Here through some friends, and after late nights and lots of sharing of records they decided to make music together as Rainer.

Taking Raa’s honest and direct lyrics addressing everyday problems through a sultry vocal that’s as much vintage chanteuse as modern R&B/pop and combining them with Casually Here’s brilliant mix of programming, sharp beats, piano and sampled strings gives us a new pop double act for us to fall in love with. We’ve had a handful of tracks already, not least the brilliant double-A side of ‘Girls’ and ‘Money’, so it’s high time we caught up with Rebekah and Nic ahead of their forthcoming single launch night…

So, I have to ask if your band name is Rainer, as in “rain”, or Rainer as in the German first name?

Rebekah: It’s Rainer… we were just talking about that actually!

Nic: Yeah – I don’t think either of us was aware of Rainer being a fairly standard German name…

R: And it’s also quite hard to Google! Basically, what I decided to because I was in a band before I tried to do something different from that, so I was like “right! I need a name, step one – name!” I reckon I was trying for about six months to come up with a name, and one day I was sat at my desk and it just popped into my head. There were all these visual things, like this big rain maker in the sky and lovely, tropical rainforests – so I was like “yes! This is the word; this is what I’ve got to call it!” And that was it – it doesn’t really mean anything to me other than it popped into my head one day…and it’s actually one of the worst names I could have come up with!

I was looking too much into it, then, breaking down the name Reginar into its parts of “ragin” (advice) and “heri” (army)…

N: Wait, what was it you said?

N: Oh, right. I thought you’d said “race and army” and I was like “ohhh, race and army, Germany…”, that wouldn’t have been good!

So, how did the two of you get together to make music?

R: Through our other projects really, friends of friends and doing gigs and stuff. We played together a couple of times at the Great Escape, a couple of times in London…and just liking hanging out with each other and figuring we were into the same music.

N: Yeah, I think just trying to do stuff together; Rebekah had a couple of ideas and things she was working on and so we started just trying it out and that sort of evolved into the whole project and this whole thing. So it was just ‘hey, let’s see if it’d be fun to hang out’.

Is it a case of sharing a love of similar artists and genres, or a clash of styles?

R: When we first started… I mean, we’re both pretty into pop, standard pop…

R: Haha, yeah! Well, Nick is really into American rap and hip hop and obscure things that I’d never heard of, but it made me interested in those things. And the sort of things I was interested in, he might not have listened to before. I guess when we first started working together I was listening to melancholic Scandinavian pop…

N: I was thinking of some of the Paul Simon-y stuff that was going on in some of the early tracks! Graceland and African choirs and stuff. I’ve always been interested in the Jamie XX, Thom Yorke end of stuff, Night Bus music…and then I think we found some middle ground, and it was fun to find that. It’s not a case of terrible compromises, we don’t have to put a death metal break down…Rebekah tends to be against that!

Which were the first tracks you wrote together? Was it ‘Silence’ and ‘Swallow’, or are there ones before that we’ve not heard yet?

R: Well, we have an EP coming out later in the year and I think there’s a song there which was the first we ever did together isn’t there?

N: Yeah, ‘Girls’ was the first song we did together, sitting down and putting it together from scratch – and that’s the first one that’s totally Rebekah’s world and my world together.

R: At first I thought it might be a solo project; I had a couple of things I thought would just be me, but I quickly realised I couldn’t do it to the standard I wanted. But then I had Nick there, and he could make it better…

N: It was quite nice, actually. We were just saying – the track is called ‘Glass House’ but it might be called something else – it’s quite nice revisiting stuff from when we first started…

R: …and trying to bring them into where we are now, because now we’re working in a very different way. We’ve done songs where we both sit down and try and work the whole thing out from start to finish, or Nick will do an instrumental of a verse and chorus and send it to me and then I’ll try and figure that out…or we might spend three really intense days getting a whole song together. But the very early ones you’ve heard like ‘Silence’ or ‘Girls’, they were among the first we did together.

As you work together more does that affect how Rainer sounds?

R: Yeah that’s what we were just saying; we’re updating – we’ve got so many more organic sounds now and worked out how to do thing better…

N: and we really like the ideas better too!

R: Yeah, so we’re updating the EP and you’ve put some nice guitar and horns on it that we didn’t have before.

N: We worked a good while before we sort of put anything out, wanting to know what it was we were doing and really just have a world that exists for this project. So we’re really enjoying writing at the moment because we know what we want to do.

Can I ask about the influences on a track like ‘Money’? It sounds like a song about doing a day job to fund your real love in life. Is that fair?

R: Yeah, I think so! A lot of what I write about comes from having conversations; like if I’m having a problem with something and talking to someone about my problem, that’s what I end up writing about. It’s as boring as that – it’s something I’m experiencing and then it goes in the song.

Is that where the swearing comes in as well, from casual conversation?

R: Yeah, kind of! That’s a weird one, because I’ve never…I’m gonna sound like such an idiot…I’ve never swore in a song before, not consciously, and when I wrote those lyrics I was like, I didn’t particularly want to have “fuck this dick”, or “fuck this shit” in a song as I’d never done that before. But I really, really couldn’t think of any other way to put it and in the end I was like “oh fuck it, just leave it in”. I really couldn’t think of another eloquent way to put it.

N: And you’re right, I don’t think there’s any other way of saying it!

R: Yeah! Fuck this shit, man! How else can you say that?

Does the same apply to ‘Girls’, then?

R: I guess so. Without getting too complicated about it, it’s never just about one thing. It’s like, this conversation happened this week, or this image popped into my head, or this situation happened, or a dream happened and it goes into a song, do you know what I mean? That song probably has about four or five different ideas – part of it might be about how far girls are trying to…y’know, you walk down a high street on a Saturday night and you see ten crazy girls in short shirts and really high heels, or it’s like “hey, look at this crazy universe we’re living in”, and another part of it is as if I’m dreaming…

I can’t even tell you where the lyrics come from, I’m not even sure! Because, I’m not very good at talking and I wouldn’t call myself a writer – so when I sit down with a pen and paper to write lyrics I can’t actually tell you where it comes from. I dunno, I don’t believe in angels but maybe I have some guardian angel watching…

N: Well, you work on your lyrics on your own so maybe Rebekah is stealing them from some obscure Mongolian band or something! But when there’s a lyric and I ask you – “does this actually say what you want it to say?” – it does seem that when you get down to it, it is exactly the image you wanted. Or is that the angel pointing you specifically to that image?

And how does it work live, how’s that going so far?

R: We’ve played a couple of shows, and we’ve got a single launch on the 9th. We’ve been working it out and it’s kind of changed a few times – we’re trying to find the best way of doing it.

Is it just the two of you?

R: We’ve worked quite hard on the live shows…

N: …And we’re looking forward to more. It’s also been good doing some of that working out before we put the tracks or the records out because it informs how everything sounds in a way.

R: It’s kind of a good way, almost working backwards isn’t it? You finish a song and then come to working it out live and you really strip it down and you’re like “Oh, I didn’t realise that was happening in the song!”

N: Some songs come together faster and some take quite a while so it’s quite nice then when it comes to mixing it – which is different to producing it in the first place – you get a whole overview of a track, so by the time you’ve had to chop it all up and do it in a live way it’s really helpful to hear what the bass and drums are actually doing.

Do you have enough written for a full album?

R: I reckon a couple more and then we’ll have twenty to choose from –

N: Yeah, twenty to choose from and then we’ll have a good album. I think the ideal situation is having to leave tracks off that you really like!

R: We just want to keep writing and working on album two once that’s done. If we’re going on tour and stuff we want to carry on writing. That’s the bit we love the most!

Girls / Money was released on 9 September on ASL Records. They are playing as part of the Dummy AGM on 29 September at London Fields Brewery.