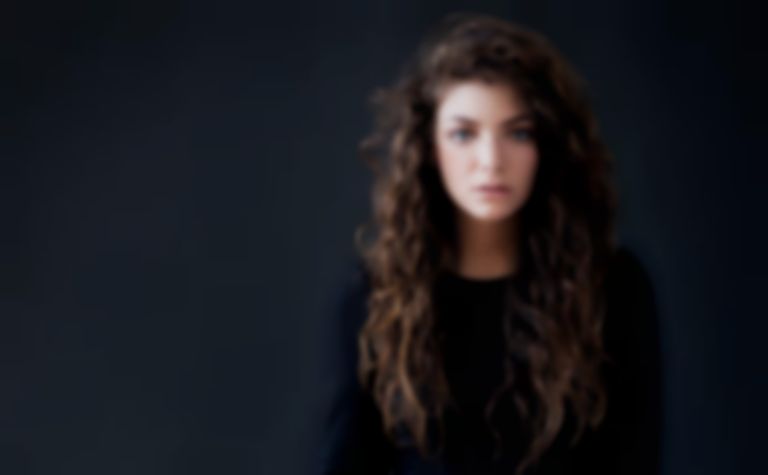 She was the first native artist to have four songs in the New Zealand top twenty at one time. She’s held the top spot on two separate occasions. Her first home shows sold out in 73 seconds. She’s signed to Universal. Her songs have been featured on the BBC’s Wimbledon coverage and the New Zealand version of the X Factor.

And all on the back of one EP.

Lorde’s five track opening gambit, The Love Club, was an instant hit. Immensely de rigueur, her sounds have drawn comparisons to Lana Del Rey and Marina & The Diamonds. She’s a vocal opponent of the way the media depicts women and youth, and isn’t afraid to vocalise her opinions, often slapping down stereotypes when faced with them – inside her music and out. The noises she’s peppering the airwaves with feature sticky post-dubstep beats (James Blake is a major influence), regal, almost solemn synths, majestic hooks and the kind of pop glamour that was lost years ago after the golden age of silver screen collapsed.

‘Swingin’ Party’ is a soulful ’60s suburban hymn, showcasing Lorde’s immense vocal chops; her voice quivers and crackles, conveying intense sorrow and fear. ‘Tennis Court’ is an epitaph of youth. It’s the kind of ’80s-tinged synthpop that could soundtrack a montage of your halcyon days at school, or uni, or wherever. It’s a hysterical bout of elation – alongside being effortlessly cool, Lorde knows exactly where to stick the knife and when to twist it. ‘Royals’ is are draped in Kanye’s style of brand-checking; robustly facetious, it’s a glorious pop anthem, demonstrating what Del Rey might sound like if she popped Xanax. Instead of being introverted odes to self-loathing and the defeat of love, Lorde’s songs emanate swaggering pomp. They’re the rousing singalongs for teenage house parties; the kind of gluey earworms that get chiselled into your memory.

How did you get started making music? Can you remember the first song you wrote?

I got started making music because my record company heard me sing in my school talent show. I had never considered music as a career before then (I was 12) and wrote primarily short fiction. My manager encouraged me to try it and I haven’t really stopped. It’s kind of a fever, songwriting, it’s very hard to shake once you’ve got it. The first song I wrote was called ‘Dope Ghost’ – I just went through my computer and found it. It was about a girl in my year who took heaps of pills and was a bit of an embarrassment – kind of a diss track. It’s not as bad as I thought though!

You’ve already broken records in New Zealand, why do you think your music has been so popular there?

I think people were mostly surprised to hear pop music that wasn’t saying stupid shit – there’s a bit of a prejudice towards pop in general these days because so much of it is so mindless, but I guess you can dance to my music and not feel completely disgusted with yourself (at least I hope you can).

What’s the best thing about New Zealand music/the scene there?

To be honest there isn’t a huge scene in New Zealand… it feels a little more scattered. But I’ve felt pretty well welcomed, considering I kind of came out of nowhere (the EP is my first release).

It’s a sassy scene for sure! I think people feel like they’re being pitted against each other sometimes. There are some awesome things coming from young people in New Zealand right now though – Lontalius is a guy who I really admire, and Zen Mantra, Yvnalesca and Doprah are all doing great things.

Is it a daunting task to try and break the UK and US?

Not really. I mean, I’m not stressed out or anything. I made the EP a year ago with no intentions apart from trying to get a better grip on me as an artist. It wasn’t for commercial success or radio or whatever so all this has been very surprising. I just go with the flow on it all.

Where do you most want to tour? Why?

Have you got any plans for new material to follow up The Love Club?

I’ve been working on my record for about three months straight now, and on and off since December. It’s 90% finished, and I’m so proud of it. I know everyone says they’re proud of their record, but I think I’ve done something special. New material feels like a maturation of the Lorde that people know – I’ve grown as a human and a songwriter in a year! The record has a mix of slower jams and more upbeat stuff, and lyrically I just try paint a bit of a portrait of who I am, what my life is and the art that I love (I draw a lot of inspiration from photography and films as well as music).