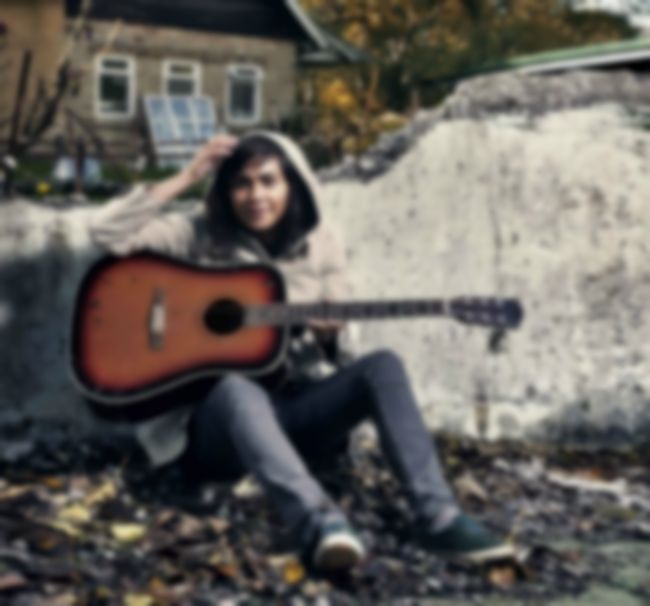 Lay Low is described as “a rich chocolate sound with a sweet cinnamon rasp and a sip of whisky to take the edge off” on her Facebook page – an extended metaphor to challenge all extended metaphors –but which actually isn’t far wrong.

Still, it’s testament to the bi-partisan way of the commercial music industry, that A&Rs only gander in seedy New York bars and deserted British pubs looking for the next Strokes or Libertines. Through this double-vision conquest, they miss out on the very choco-cinnamon, whisky-mist that whets our appetite, coming from Iceland’s Lovísa Elísabet Sigrúnardóttir – and all 3 of her albums that have gone unduly without parade in most country’s bar her own.

Best Fit caught up with her for a little chat ahead of the show to discuss how she rose from dreaming about a career in music to actually having one, all with the help of pre-Justin Timberlake MySpace. Also discussed is her love for Icelandic poetry and her very diverse musical interests – PJ Harvey and Whitney Houston feature, for the first time, in the same sentence.

We’re here to talk about Lay Low – your alter ego. What inspired this name? Does it say something about yourself and the project as a whole?

The name came as a suggestion from a friend. This was right before I was asked to perform my first show as a solo artist playing my own songs so they needed something to put on the poster. I wasn’t sure I was going to be performing this music as a solo artist or as a band so we quickly found a name to put on the poster. Been stuck with me ever since.

How did Lay Low begin? From what I’ve read about your musical abilities – it seems that music and learning about music is something you have been passionate about for a long while?

I’ve been very fortunate to get the opportunity to learn music since I was young. First taking piano lessons and then going on to the bass guitar when I was a teenager. It wasn’t until later that I started singing and performing my own music. I never planned on the singer/songwriter career but i’m happy that I’ve ended up where I am today.

I read that you were born in London, to Sri Lankan and Icelandic heritage. All of this seems such an incredible mix in term so how it may influence your creative output – does it at all?

I consider myself very lucky to have such fine family mix. And yes I guess that somewhere in my songs you can find influences from all this mash up.

What kind of music did you listen to when you were growing up?

I’ve been through many stages of music through the years, from Whitney Houston to PJ Harvey, from gospel to rock and digging into many genres along the way…

You got you record deal by being discovered on MySpace some time ago and you’ve already released 3 albums. How would you go about describing the evolution of your music from your first album to your latest release?

My first album was an album that kind of came very naturally. I got this record contract in Iceland and started writing, and a few months later the album was out. Quick and easy, raw and simple, that album was Please Don’t Hate Me.

On the second one I wanted to try out something else. So after getting recommendations I found the perfect guy to help me with this, he is Liam Watson and I went to work at the Toe Rag Studio in London. There we captured the smooth sound that I was looking for, and out came Farewell Good Night’s Sleep.

On my last album that came out 2011, Brostinn Strengur, I was working with the theme of finding poems by other Icelandic women that I liked and writing songs to them. I’m really happy with the outcome.

What I found interesting about your third album Brostinn strengur, was sung entirely in Icelandic and based on 150 years of Iceland’s poetry. What influenced this decision?

I started reading a lot of Icelandic poetry books and found so many gems. After reading a lot and getting influenced from the poems the idea came to just do a whole album with these precious poems. Brostinn Strengur is the outcome of that.

Following from the last question, is there any pressure being an artist bred in a non-English speaking country (by that I mean it’s rarely anyone’s first language) to sing in English in order to get more attention outside your home country?

I don’t think that you have to sing in English to get attention. It just depends maybe on how you want to express your music. If you want everyone, or at least more than just Icelanders to understand the lyrics, English helps. I like doing both, so I’ll probably keep making albums in English and Icelandic.

Your latest single ‘The Backbone’ seems very earthy and natural sounding. Is that something that is integral to your creative process – natural sounds? And if so, what about the world around you influences this?

I’ve recently moved out of Reykjavík to the countryside. This was the best decision of 2012, I think. Plenty of space, not much around… just mountains and volcanic hot springs. I love it!

What can you tell us about your upcoming LP? Will it be different to your other records, perhaps more experimentation with sounds, producers or lyrical content…?

I’m still finding out which way I’m going for sound and for the production of it. But like I said before I’ve just moved to the countryside of Iceland and I feel like that is having an effect on me and the songs that I’ve been writing, let’s hope it is in a good way.

Which artists would you recommend to us that will be making the best music of 2013?

I’m pretty sure that there will be plenty of good music coming out in 2013. I know Benny Crespo’s Gang is working on some new stuff hopefully ready in 2013.

Lastly, can you express Lay Low in 5 words or less!