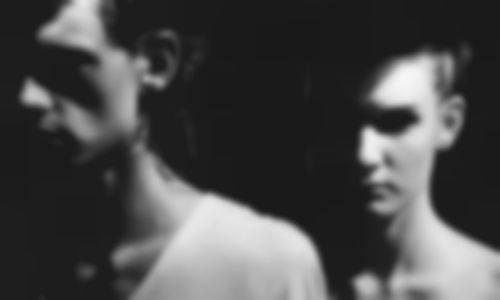 Washington DC’s GEMS have only have been together in their current incarnation for a year or so but the duo’s highly evocative pristine pop bristles with invention and self-aware melody, tapping into a universal mood space way beyond their shared years.

Like London Grammar, they bring voice and music together in perfect unison, as complex emotional gesture as much as song. Earlier this week they dropped the the impressive title track from their upcoming Medusa EP and won the support of Buzzfeed, who named them ’The Best Band You’ve Never Heard‘.

GEMS began when Cliff Usher and Lindsay Pitts – both born in the suburbs around DC – met as their college years were concluding. Originally roped in to play keyboards and drums for a another band Usher was with, the pair found common ground over a love of music with an “existential longing”. Usher elaborates: “Simon & Garfunkel’s ‘The Only Living Boy in New York’ or ‘America’ are good examples: ‘I’m empty and aching and I don’t know why…’

“Dylan’s ‘Knockin on Heaven’s Door” is another example…that sense of groundlessness, of searching or yearning for something that you can’t quite put your finger on; that feeling when life cuts you to your core and everything else is stripped away.”

The bond between the two band-mates is evident in the highly developed sound they’ve crafted together: “It’s an amazing form of non-verbal communication,” elaborate Usher, “bordering on, or perhaps overlapping with psychic ability.

“Before I met Lindsay, I’d always written music by myself… it was a very introspective, personal process, kind of like writing in a diary. But working with opened up all these new doors and added a level of unpredictability that was really exciting.”

Existentialism might be something of a recurring theme for the duo and GEMS’ aesthetic mines a similarly moody low-key black and white grain (” adds glamour…I want to cast a spell,” Pitts has said). Their music is, nevertheless, flush with heroic edge and aspirational production value (they confess a recent obsession with Tears for Fears and Mark Isham, which explains a lot). It’s also shot through with the kind of intimate connection that could only have come from a profound brush with sadness.

“We were both really good kids who always got good grades and didn’t get into trouble or do anything bad,” explains Usher. “We just kind of followed the path laid out for us and did what we were told.

“And then - and I think this happened to both of us at slightly different times in slightly ways – I hit some kind of breaking point in college…I remember that movie I Heart Huckabees came out right around this time and it felt like they’d just taken all the dialogue straight out of my head.

“I’d done really well in school…but the reality was that I’d been pretty miserable for much of my life. School always just felt like such a prison to me. When I finally got to the point of contemplating suicide I stopped myself and said, ‘this is insane, I need to live my life differently.’ And so I imagined that in one reality, I had committed suicide. The self that I knew and that I’d spent my whole life creating was dead. And now this world I’m living in is an alternate reality where I have a second chance: my life from this point on is a bonus and so I can do whatever I want; I can be free to follow my heart and not be afraid. Of course this is easier said than done.”

“It’s almost like you have to kill your former self in order to immerse yourself so completely in something as enveloping as this.”

The Medusa EP is released on 12 November. GEMS play at CMJ in New York city next week, with shows at the Brooklyn Bowl on 16 October and Mercury Lounge the following day. They also join Anna Calvi for a show at the Music Hall of Williamsburg on 11 November.