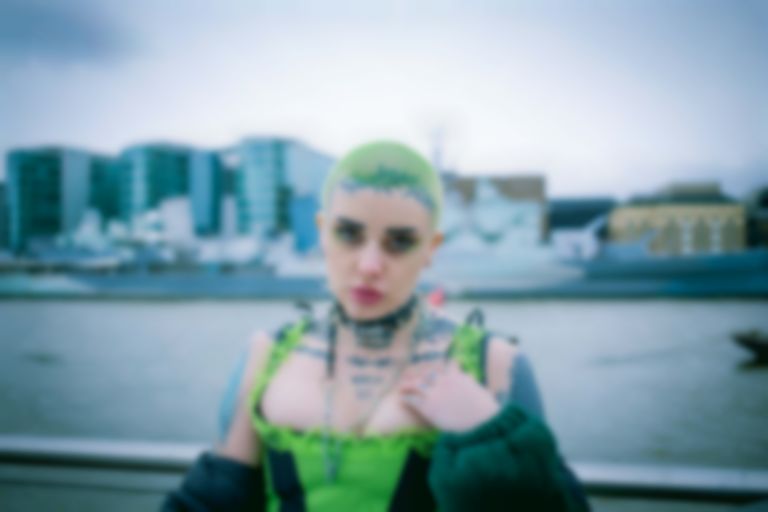 On their first self-produced single, ZAND leans further into their hardcore influences to create a sound that can't avoid being described as an assault on the senses. That's no bad thing, as "Freak" encapsulates the singer's essense better than ever before.

With lyrics that seek to twist a narrative of alienation on its head, "Freak" explores ZAND's experiences as a non-binary person and embues them with power and self-confidence. By now, we're very used to ZAND's ability to keep their tongue firmly in cheek whilst addressing society's most grievous ills – see also "Boys Like U" – but lyrics like "Fuck the cistem / (That's spelt with C-I-S)" are some of their most pointedly direct. "Freak" is a lurching, grinding anthem that wages war on binary thinking as it swaggers into that relentless earworm of a chorus.

“I wrote ‘Freak’ about being non-binary and it tells my story of growing up and coming out, with hope that it also educates people – even a little – on the non-binary/trans community, so that people can feel less alone and ostracised. It’s extra personal and important to me that I produced this. It’s like an extra layer of myself thrown into the release.”

ZAND may not fuck with he or she, but we'll certainly continue to fuck with them as their self-described "ugly pop" area continues to take overwhelmingly monstrous shape.