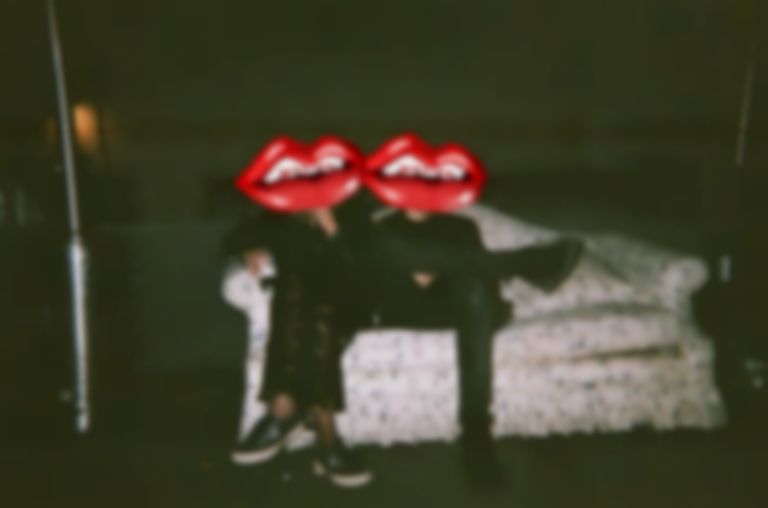 Weslee are London-based doughnut-loving duo Josh and Emma, their debut single "Gassed" is minimalistic pop at its best.

Having been featured on American comedy series You're The Worst, the London-based duo's debut single has been floating around in the internet ether for some time now, but it wasn't until "Gassed" gained a nod from Mistajam and Radio 1 as their Hottest Record in the World that the ball really started rolling.

"Gassed" may be sparse, with nothing but vocal samples and drum beats in terms of production, but it's hypnotic and fuels the mystery which shrouds the pair. Carried by Emma's rousing vocal and enchanting melody, and all cooked up in the space of an hour or so, "Gassed" promises to be just the beginnning of this exciting project.

We spoke to Weslee's Josh to see if we could get a little bit more out of the pair about their debut single. Here is what he had to say.

What was it like having you debut single as a Hottest Record on BBC Radio 1?

Amazing, weird, but mostly amazing... not really something you expect to happen with the first song you put out. [We're] feeling very lucky that Mistajam and Radio 1 liked it enough to make it their Hottest Record.

Can you tell us a little bit about the background to the track?

"Gassed" is one of the first songs we wrote together. We had had a long day of chasing ideas but nothing was really coming together. At one point Emma walked to the shop to get snacks and some chords finally came to me that made sense. When she got back from the shop she wrote the lyrics and melody really quickly. I realised there is only one instrument on the track; everything else is our vocals. It hasn't changed a lot from the day we wrote it - minor tweaks here and there, but what you hear is basically the vibe we captured the day we wrote the song.

Can you tell us a little bit more about the WESLEE project?

We met in New York. Emma had moved there (from London), to maybe go to film school? I could be making that up. I would say we met over our love for doughnuts, or maybe that's just when we realised we would get along? That was a couple of years ago; since then I've moved to London. We've been working on these songs for a year or so.

At the moment everything about your identity is pretty hush-hush, why's that?

We wanted it to be about the music more than about us, and the idea was just to put out songs and see what happens.

What can we expect from you two in the future?

We have an EP that is coming together and hopefully it will come out sometime this summer. For now we are just wanting to put out more music and we'll take it from there.

"Gassed" is out now.