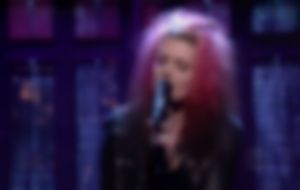 London-based duo The Kills performed their upcoming single, ‘The Last Goodbye’, on Letterman’s Late Show last Thursday. Taken from their latest album, Blood Pressures (released April 2011), the beautiful track was injected with life on stage by Alison’s impeccably emotion-driven vocals. Check out the performance above.

‘The Last Goodbye’ is released next week here in the UK on both 7″ and 10″ vinyl.

To coincide with their 10 year anniversary of a long-standing friendship and highly successful musical career, the duo will be streaming a special live show at New York’s Terminal 5 this coming Saturday. For more information head to MTV’s Hive.