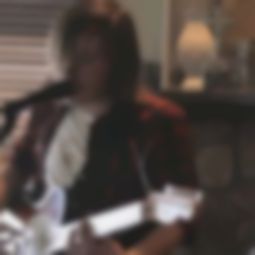 Desert Noises are a fresh-faced folk-rock four-piece from Utah who seem suddenly to have come of age with new track ‘Oak Tree’.

For a group of lads barely out of their teens there is a surprising maturity to their sound. A galloping guitar-bass-drum formula rumbles along behind impassioned harmonised vocals that are howling out for attention. There’s an epicness to ‘Oak Tree’ which has the feel of a song that should sit at the end of a long and all-conquering big-band album.

Recorded live and filmed in drummer Tim George’s parents’ front room just a couple of weeks ago, the homemade video for the track captures a group that is pumped, prepped and ready to perform. The soaring dual vocals of guitarist Kyle Henderson and boyish bassist Tyler Osmond will be lucky to escape lazy comparisons with a certain bearded troupe of Seattle residents, but the cut-glass melodies and tight guitar work displayed here suggests that Desert Noises are evolving into a different beast – and one that is clearly still growing. If ‘Oak Tree’ is any indication of what might happen next then this band are well worth keeping an eye on.

The quartet describe themselves as country/experimental/indie on their MySpace page, which features a selection of slightly more subdued songs, tending firmly to the folk end of the folk-rock continuum. After releasing an eponymous EP late last year on Northplatte Records, Desert Noises first album Mountain Sea is set for release in September and they will spend July touring the States.