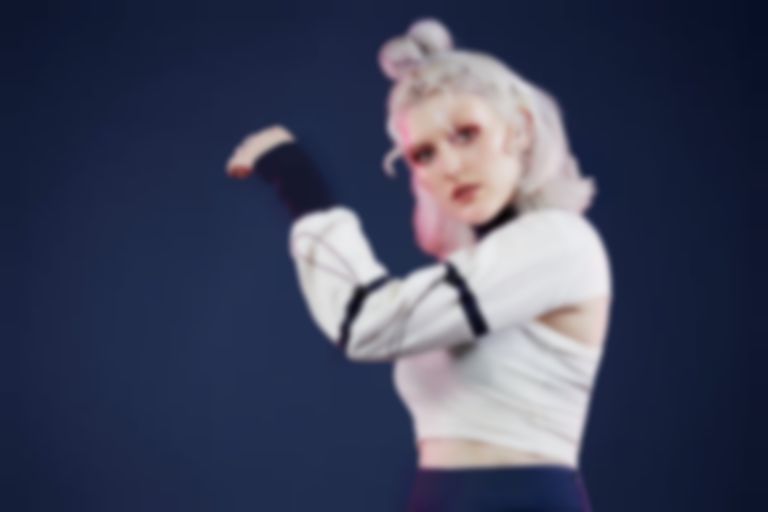 New single "kool aid" is the third track to be lifted from ur Monarch (real name Tomine Berge)'s debut EP, pas un blague. It's an addictively smooth yet bitingly on-the-nose reflection on the enforced isolation of the past year and a half.

"When corona first came to Norway it felt like a slap in the face and it felt like all my plans had come to naught," Berge explains. "I was going to do a million things and start life and finally move out of Norway, and not sit in my room and get depressed somehow. 'kool aid' is about bad surprises, and about wanting to do a million things but having to choose to lose something for practical reasons. Sometimes I wish I had ten lives!"

The track sees Berge's crisp vocals stack cleanly on top of one another, delivering much of her most relatable narrative yet in beguiling tandem over a deliciously liquid synth line. It's the sonic equivalent of that Instagram mutual who somehow managed to maintain the coolest aesthetic whilst depression-posting through a pandemic with the best of us. Given that her debut single was titled "human garbage disposal plant", the Norwegian pop purveyor seems destined to enter every self-deprecating millennial-slash-zoomer's current playlist rotation.

"kool aid" is out now via GEMS/Warner Music Norway.