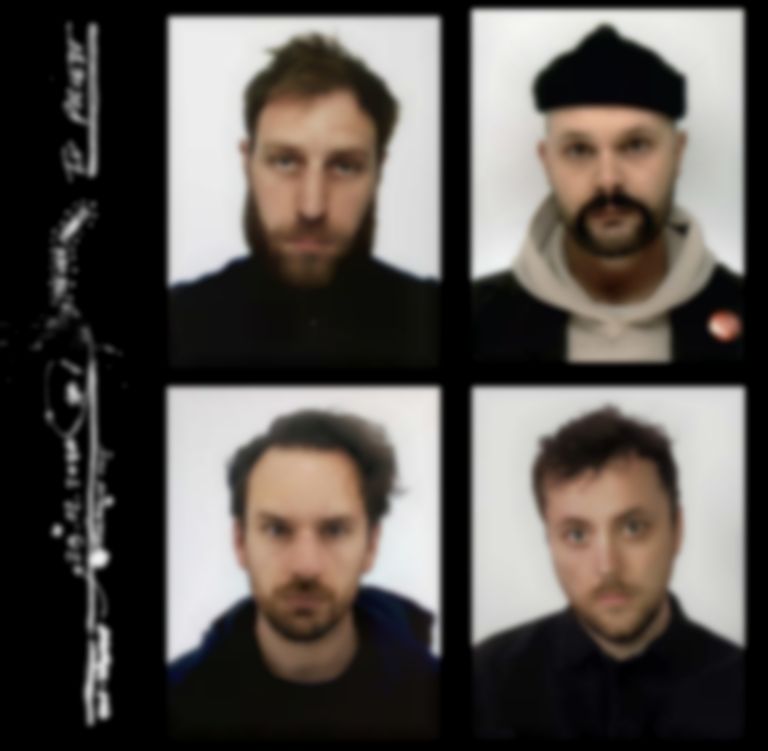 Hand In Hive signees TV Priest capture class tensions and question the deep-set consequences of a monarchical society in their debut single “House of York”.

Formed by long-time friends on the outskirts of London, TV Priest have been under the radar, but are now ready to flourish amongst the whispers with their anti-ecclesiastical debut offering “House of York”.

Recorded, engineered and mixed by the band, the track's distorted organs serve as riled-up opening remarks before gruelling dark vocals spit out patriotic cliches and commemorative latin phrases. “This is not my national anthem” sneers Charlie Drinkwater over a fuzzy echo of the Star-Spangled Banner. Thrashing industrial guitars smash any sense of security.

Vocalist Drinkwater is also a visual artist. You may recognise his handiwork for Fontaines D.C., Easy Life and more, but he also created this track's artwork with his own take on Prince Albert in London, a theme that only reinforces the track's underlying meanings. "'House Of York' broadly addresses the approach to class and the philosophical and psychological impact a monarchy has had on our country,” he explains. “The idea of an ordained family, traditionally and historically appointed by ‘God’, has defined our country in both ways both good and bad.

“We were interested in the less positive outcomes this sense of ‘leadership’ has had, how an individual is conflated with a national ‘cause’ or set of rights and macro actions. Can the UK ever truly be meritocratic with a principle like a constitutional monarch? Our guess is probably not.

The track's title is an overt nod to the 15th century War of the Roses: “the House of York was seen by many as the ‘true’ heir to the English throne but the Tudors won the war and the Yorkists were swept away, with their power assimilated into the Tudor monarchy,” Drinkwater explains. “We thought it was an interesting metaphor for how history and myths are at best pretty sketchy and at worst lies built for the benefit of an establishment, ruling class or vested interest. Thus proving that ‘divine’ rights or class structures are simply coercive devices and should be broken apart and treated as such.”

"House Of York" is out now via Hand In Hive. Catch them live on 29 September supporting Egyptian Blue at The Lexington and find TV Priest on Facebook.