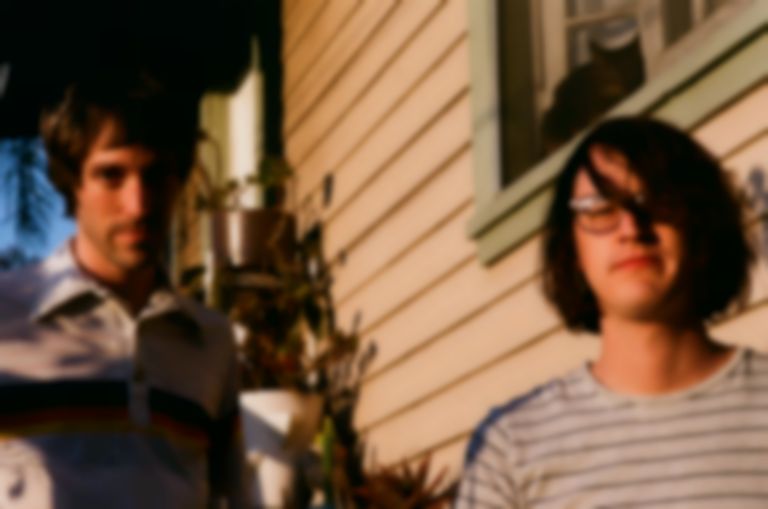 LA's retro-tinged duo The Molochs are still revelling in their nostalgic melodies. "I Wanna Say To You" is another snapshot into their playful psychedelia.

"I Wanna Say To You" is their latest release, and pinpoints the duo somewhere between Pavement and The Stone Roses.

The baggy basslines tease a slightly warped guitar melody, that only feeds into their youthful sound that contradicts with their retro influences.

Simple, yet effective, The Molochs manage to merge their mountains of inspiration to reignite that wholesome nostalgia that peaks on the undeniably contagious chorus.

Speaking about the track, The Molochs explained, "The song lies somewhere between the Beatles' "Rain" and Psychic TV with some paisley New Zealand tinges. The words "there's something I wanna say to you" are very liberating. They scream out. It could mean addressing someone else or addressing yourself. Sometimes you have to shake someone and yell a bit. Sometimes you have to shake yourself and yell a bit. It's good to call yourself out from time to time."

Bursts of pleasing pop emerge in the second half as the simplicity slides to present a duo pursuing a well rounded sound that deletes the Atlantic Ocean and merges a mixture of 90s American alt-rock and 90s UK indie.

"I Wanna Say To You" is taken from their upcoming album Flowers In The Spring, due on 7 September. The Molochs embark on a US tour over summer. Find out more.