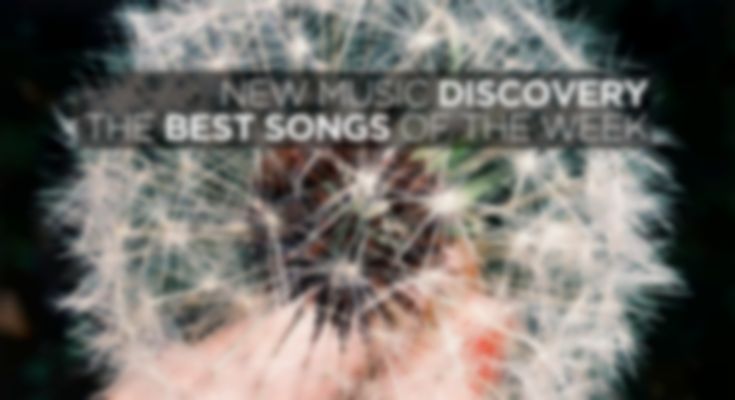 More new music from the underweb of emerging music. Here’s our pick of the best new songs from the last seven days.​

​Blackpool’s Rae Morris penned arguably one of the greatest pop songs of 2014 in “Do You Even Know?” and she returned this month with a powerful, swooning collaboration with London’s Fryars. “Cold” packs a punchy chorus full of dense layers and off-kilter percussion. “Cut me and my blood runs / Cut me and my blood runs cold for you”, she woes, her chugs of air effortlessly filling ears and tugging on hearts. Morris’ debut album is released via Atlantic Records this September.

Dark-pop newbies MUNA caught our attention at the beginning of the week with their bewitching second offering, “The Grave”. Mountain-soaring vocals and slithering guitar trails nod to the likes of fellow West Coaster quartet Warpaint and London doom-gloomers 2:54, but there’s a simmering pop/RnB quality hidden it its rhythms. It’s early doors for the band but we’re suitably intrigued.

Some might call it lazy journalism, others might call it exposing the undeniable; Meanwhile yet again channels the Prince of pop’s funky heart on his latest cut, “Bigger City”. Dazzled with glossy synths and squelchy bass, Meanwhile commands infectious elements with remarkable confidence and vocal aplomb. Retrograde isn’t retrograde, “Bigger City” is pure, contemporary class.

Other astounding funk-pop pedlars JUCE arrived at the start of the year with “Call You Out” and reminded us why girl bands have so much power. This week, they unveiled “(H)ours” - another enviously consistent creation this time with a steadier, disco pulse. Chalin’s vocal is more the star of the show on this track and is very welcome with its warm, bouncy steer.

Leeds-based experimentalists Adult Jazz didn’t just announce their debut album (Gist Is, out 4 August) with a standard 3 to 4-minute lead single. No, they unleashed “Spook”, a 9-minute epic of transitionary music packaged as four songs in one. Brass blushes, guitar clangs, hushed breakdowns, rollicking drums, piano frills and an insatiable vocal hook - it’s all there. Adult Jazz are an incredibly exciting band and with songs like “Spook”, who knows what’s coming next.