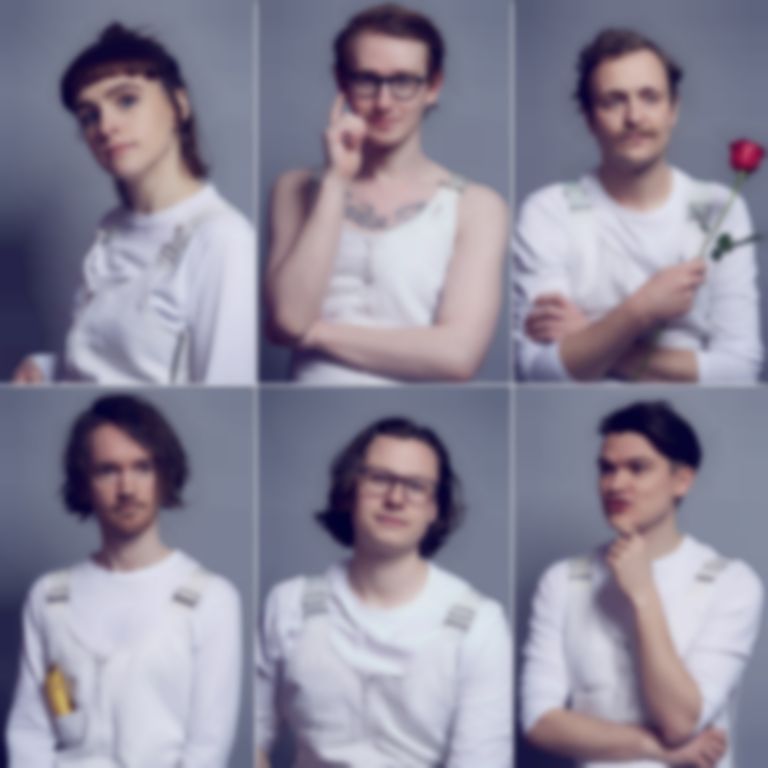 The Leeds-based band emerged in 2016 with their euphoric, loud debut single "Birthday Blues". Blurring the lines between alt-rock, indie and pop, their experimental sound sees them channel the soundtracks to your favourite 80s movies.

"Strange Year" is exciting and epic, packed with swirling guitar riffs, haunting backing vocals, it takes on a life of its own. Produced by Matt Peel (Eagulls, Pulled Apart By Horses), it has a cinematic and life-affirming charm. Team Picture still have a rawness to their sound and while "Strange Year" is unfiltered, it's glossy and shines in all the right places.

Along with previous singles "(I Have A) Little Secret" and "(I Want Your) Life Hack", "Strange Year" makes up part of their forthcoming debut body of work. Recital, as guitarist Josh explains, "is a 7 song mini album we're releasing in a few months. It consists of two wonky sides; one has 4 songs and the other has 3" guitarist Josh explains.

"We explored different sounds on each side" he adds. "One is cleaner and more synthetic, the other is more guitar driven. "Strange Year" is the 2nd song on Side A. It was written a long time ago. Our production brief for the song was to vaguely make it sound like it could be playing over the end credits of a classic coming of age film. You know, John Hughes style, right?"

That production brief is so clearly recognised in the final version of the track. The band are hitting the road to celebrate their upcoming release, hitting London and The Shacklewell Arms on 31st May and then heading home to Leeds with a show on release day at Brudenell Social Club.