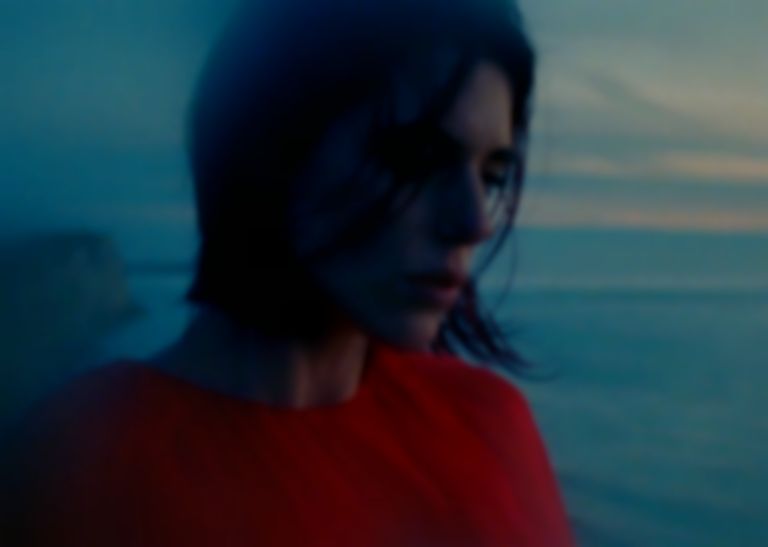 Worlds have always tended to collide around multi-faceted Belgian artist Sylvie Kreusch, and better still; she’s often at the center of them. Such is the case with her electric new single “Let It All Burn,” the lead track off an album set to release later this year.

Sylvie Kreusch is at once an emerging pop star and a fashion industry favorite, be it creating videos for Paris’ famed Haute Couture Week or devising an original soundtrack for moody, atmospheric and minimal fashion brand The Kooples. Fittingly, new single “Let It All Burn” blends her flair for dramatics with some real-life storytelling, as she reflects on a failed dalliance with an unnamed rock star throughout the track (she sings, “The only reason I did it all / to be praised by a rock'n’roll star). It’s an energetic, spritely outing flecked with synths, one that nicely extends across her existing work of two EPs of atmosphere-laden pop.

Kreusch’s sultry yet immense vocals are at the shining center of a song that blends elements of garage rock with disco for an overall effect that’s dramatic and yet somehow timeless. It’s the sort of song that wouldn’t sound out of place in a Quentin Tarantino film.

Shot on 16mm film, the single’s music video was an homage to her love of the director’s iconic movies - not to mention her love of Angelo Badalamenti’s scores for David Lynch. The video itself was styled by Tom Eerebout and Sandra Amador, who also works with another artist with a flair for the dramatic: Lady Gaga. And throughout the video, you can easily see why Kreusch is able to coexist in both the music and fashion worlds, with striking visuals and remarkable intensity.

If her forthcoming debut album is as layered and energetic as this lead single, listeners will start seeing Kreusch positively everywhere, and perhaps even on the big screen.

"Let It All Burn" is out now via Seedy Tricks. Find Sylvie Kreusch on Instagram.