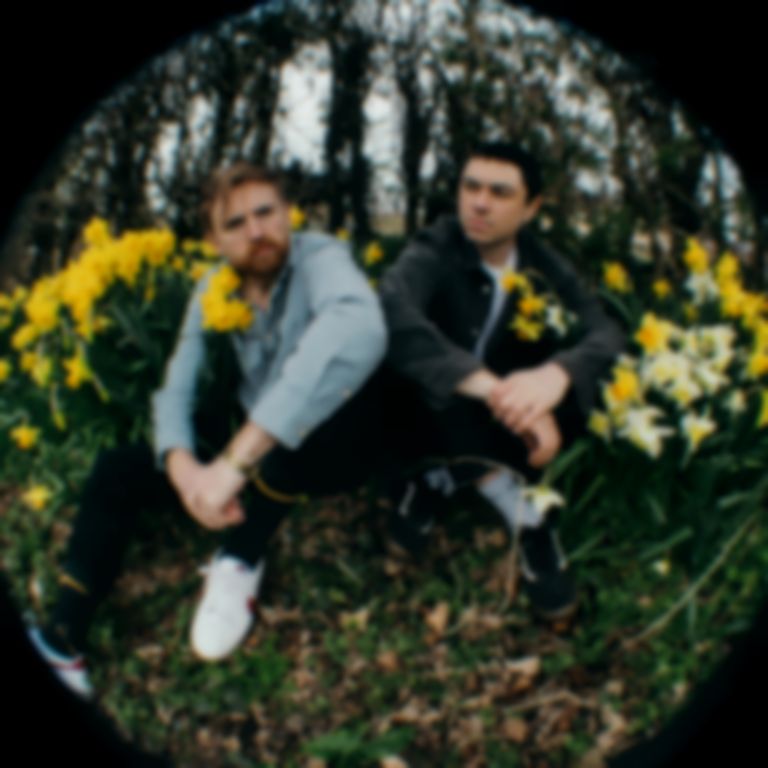 While glossy and exuberant on the exterior, Suns Up’s “Whatever Happened, It’s Alright Now” offers much more than meets the eye, as the track resonates with frontman David Kelly’s inner journey alongside his quest for meaning in past relationships.

Sussex-based indie outfit Suns Up have arrived with their new single “Whatever Happened, It’s Alright Now”, accompanied by a new EP of the same name. The latest track is an ethereal-laden track bathed in breezy guitar riffs and sun-lit melodies, that marks the band’s debut effort with their new label Runway Artists.

Fronted by vocalist David Kelly, with Sam Salkeld on guitar and Matt Wagstaff on drums, the trio has worked alongside producers Gethin Pearson (JAWS, Orla Gartland, Kele Okereke) and Max Marlow (Declan McKenna) on “Whatever Happened, It’s Alright Now.” The results come in the package of slick indie-pop hooks, shimmering arrangements, and emotive lyricism. Bolstered by a driving rhythm section and unwavering energy, the release feels innovative and exciting inside a flooded genre space.

Whilst the EP, narratively, draws from Kelly’s 2020 return to his hometown of Chichester following a brief stay in London and tapping into his childhood memories, the title track reflects upon a relationship gone awry.

With those mixed emotions at the forefront and reflecting on past chapters in his life, a level of spiritual and emotional development took place. In the end, the new track and EP showcase Suns Up’s growth not only musically, but within themselves. Suns Up may be creating buoyant, fun music on the surface yet with a closer look listeners might find something they didn’t see coming.

Speaking on the track, Kelly elaborates: “I think it’s a phase that a lot of people go through where you’re really trying to make things work, but you feel like you’re going round in circles. It’s okay for relationships to need work, and it’s important you can look back together and say ‘Whatever Happened, It’s Alright Now’.”

“Whatever Happened, It’s Alright Now” and the new EP are available now via Runway Artists. Catch them at The Social, London on 7 Sept and follow Suns Up on Instagram.