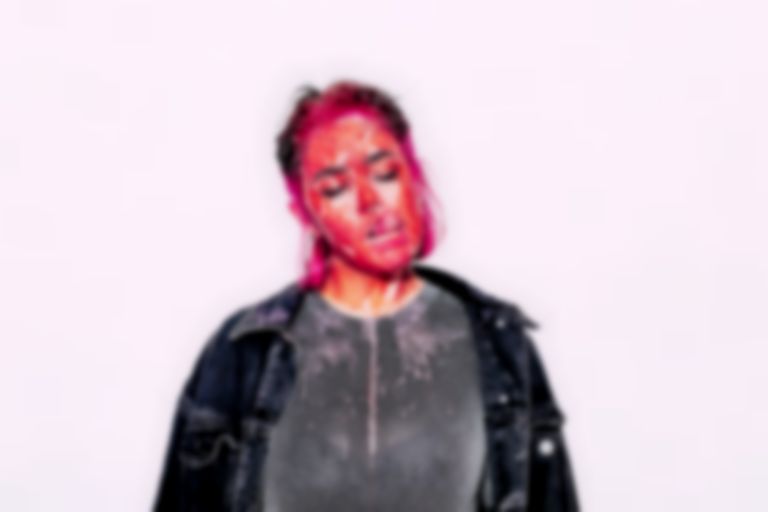 Clocking in at just over two-and-a-half minutes, Straight Girl's "UGLY" is a snarling, glittering new offering from the Leeds-based artist.

Straight Girl is the moniker of queer artist Holly Readman, previously known as NALA. With support from BBC Introducing, they have cut their teeth opening for Kero Kero Benito, Peaness, KRRUM, and several others, whilst also delivering raucous sets at the likes of Live At Leeds, Sound City, and Northern Electric festivals.

Readman's background as both a composer and producer shine bright on "UGLY".The new single is a track that embraces the unexpected; framing Warpaint-esque vocals with off-kilter beats and acrobatic, sizzling electronic melodies. This isn't just genre-bending – Straight Girl laughs in the face of genre before razing it to the ground and letting an EDM-punk phoenix rise from the ashes.

Throughout "UGLY"'s single verse, Readman's lyrics dress self-loathing up in tortuous metaphor, winding towards a reluctant acceptance over the track's relentless build. They explain how the idea of ugliness has informed the music they make over recent years, unpicking the narrative presented abstractly by "UGLY"'s thunderous stomp:

"I grew up being painfully ashamed of my own singing voice, always shrinking under jealous shadows of the girls in my class who were ‘naturals’, hearing over and over that my voice was ‘ugly’. It wasn’t until I realised that what they were actually saying was that it existed outside the standards for normality that I began to look at the word ‘ugly’ not as an insult but as an appreciation of uniqueness, and turned it into a statement of pride."

"UGLY" is out 13 September. Catch Straight Girl on their co-headline tour with Team Picture and Flirting this October.