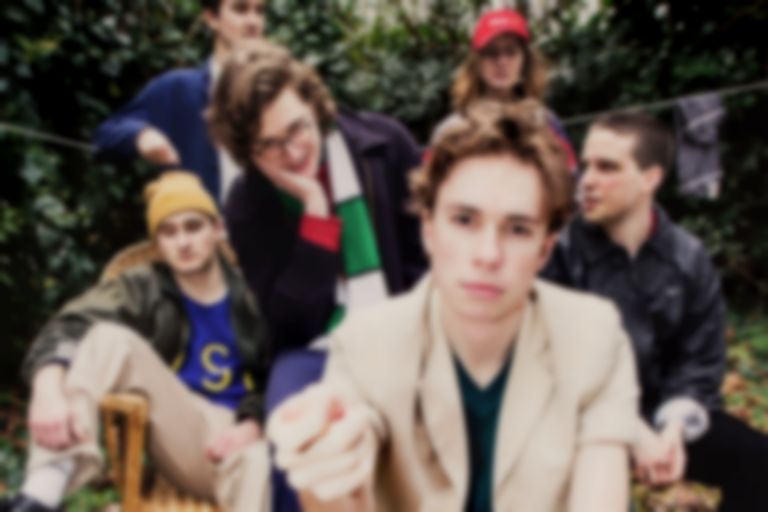 The band share new EP ahead of a March tour with Pip Blom.

Part of London suburbia’s re-invigorated guitar scene (luminaries include Shame and HMLTD) Sports Team are all post-punk attitude and indie rock hooks. Their first long-form offering Winter Nets is a collection of odes to debt-riddled graduates, communal living and dingy watering holes and is about as charming as it sounds. We had a quick chat with the group about university cover bands and Kent Cricket Club amongst other things:

First off, what brought you all together?

We all met at Cambridge. There are a few decent bands there now, but at that stage it was very erratic. You’d get touring bands, and a few university covers bands but there wasn’t much in between. We started putting on our own shows and it spiralled from there.

Your EP Winter Nets came out earlier this week, any keen cricketers in the band?

Alex had a development contract at Kent for a while, think they got excited by the pace, but ultimately he lacked accuracy, and the ability to swing the ball. Batting wise I think his footwork was always going to be lacking at that level but he was a pretty solid number nine, lusty blows from time to time, actually hit a few against James Tredwell in a warm up game, he’s getting on a bit now though.

How is it following in the footsteps of fellow Cambridge University alumni Hot Chip and The Soft Boys?

Sports Team have a penchant for a catchy indie chorus. Is it a dying art?

It’s a cheap trick and a dirty habit, but I don’t think it’s going to die out. It’s 11 years since ‘Wait For Me’ came out, we’re due a rehabilitation of landfill.

Run us through some of your key influences.

The Family Cat are a big one. Th’ Dudes, Pavement, Eddy Current Supression Ring, Haircut 100… Pulp have been creeping in a bit more recently.

Where can we expect to see you jumping and jiving next?

We played The Five Bells for So Young. That’s our last London headline until Spring. In March we head off on tour with Pip Blom, then we’re at Live at Leeds, Handmade Festival and the Great Escape in May.

Winter Nets is out now via Nice Swan Records.