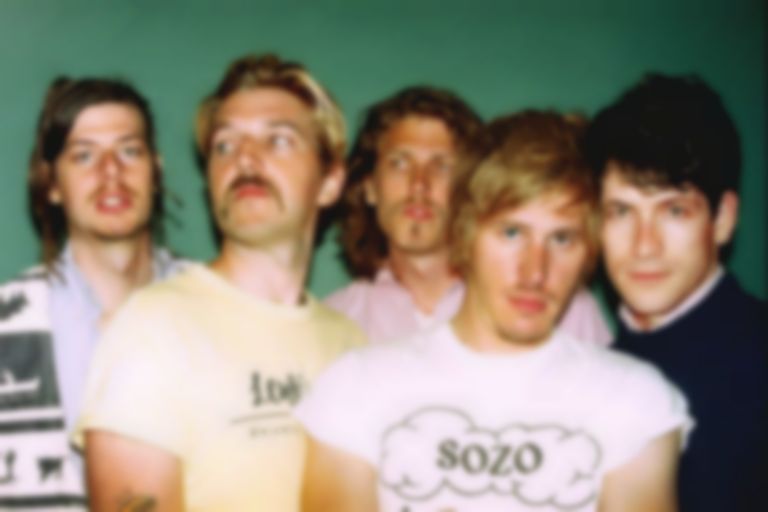 Spooky Mansion's “Real Jerk” is a pining indie ode to misguided choices and guilt-ridden quarrels with past lovers.

Spooky Mansion make music that never seems to be in any particular hurry to be anywhere else. Having formed off the back of being asked to play at Owen Wilson's 45th birthday, the five-piece’s nuanced and sun-drenched ilk of indie rock is an open invitation to both kick back and reflect. It’s something that’s woven throughout the band’s wonderfully breezy but pointedly real new single “Real Jerk”.

Yearning and earworming in equal measure, the song - which is lifted from their forthcoming That’s Me! EP - is a confessional gem that reflects upon misguided choices and guilt-ridden quarrels with past lovers.

Frontman Grayson Converse said, "I remember the 100-degree day in Cambodia when I sat at my kitchen table, struggling to keep my cheap nylon guitar in tune and picking out the melody for 'Real Jerk'. Out my fourth story window the jungle canopy extended as far as I could see. It was a great time to reflect and think about mistakes I'd made on the other side of the world, to come to terms with them, and to move on.”

Accompanying the release is a music video animated by French artist Chiara Luber aka Bleu Garou.

"Real Jerk" is out now and That's Me! is released on 29 October on Level via Warner Music Group. Find Spooky Mansion on Instagram.