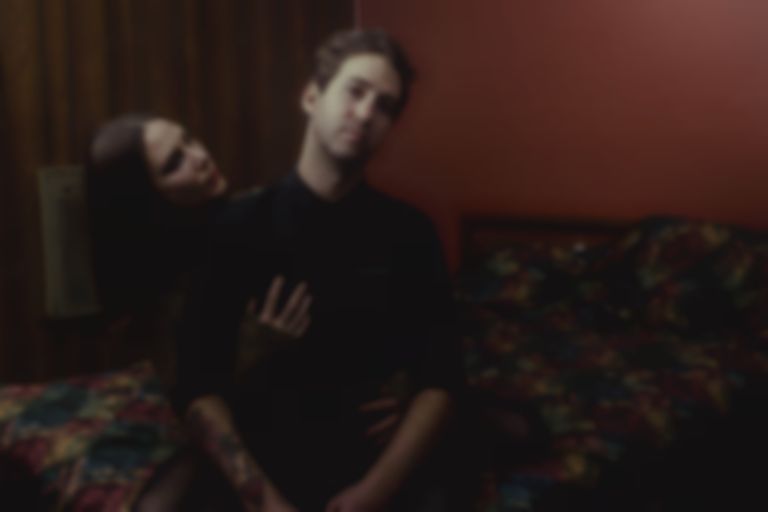 All eyes are on Brooklyn duo So Sensitive as they share the stunning debut single "What's A Girl To Do?" from forthcoming album Bedroom Drama.

Formerly known as Muscle and Marrow, the pair - namely Kira Clark and Keith McGraw - have traded in their previously heavy and experimental work for a sound that is far more disarming. Taking inspiration from a variety of influences including Britney Spears, Kate Bush and Courtney Love, the sound of So Sensitive is far more intrinsically emotive than that of their previous outfit. This time around both Clark and McGraw are interested in a “particular kind of excessive and emotional pop, that has historically been dismissed as unintelligent or low-brow”.

In “What’s A Girl To Do?”, So Sensitive focus their attention on those aforementioned points to challenge the perception of such concepts of femininity in pop, whilst lyrically embracing the complexities of intimate relationships of many kinds. Think understated arrangements of simple beats and subtle smatterings of synth that tug on those heartstrings, however pride of place is Clark’s soft and soothing vocal. “All I want is you, so what’s a girl to do?” she coos in a breathy falsetto, her supposedly composed demeanour betrayed by her forlorn delivery.

Combined with a stylistic video crammed with symbolistic imagery of authority and discipline, So Sensitive’s debut is an exploration of the more contentious aspects of love. This is anything but “low-brow”.

“What’s A Girl To Do?” is available now via Soft Boy Songs. Bedroom Drama is released 2 August.